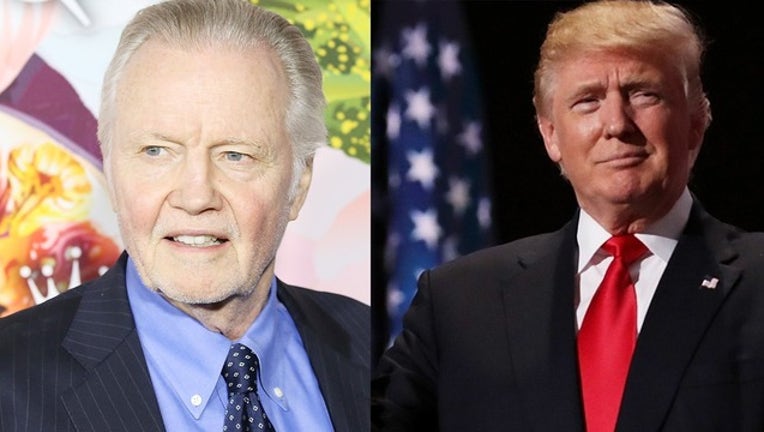 FOX NEWS - Actor Jon Voight expressed his support for President Trump, declaring him "the greatest president since Abraham Lincoln" in a two-part video message posted on Twitter on Friday night.

Voight, one of the very few outspoken conservative actors in Hollywood, spoke directly to the "people of the Republican Party."

"I know that you'll agree with me when I say that our president has our utmost respect and our love," Voight began. "This job is not easy for he's battling the left and their absurd words of destruction. ... Our nation has been built on the solid ground from our forefathers and there is a moral code of duty that has been passed on from President Lincoln."

The Academy Award-winning actor told his followers that he wanted to "acknowledge the truth" that "our country is stronger, safer, and with more jobs" because President Trump "has made every move correct."

"Don't be fooled by the political left because we are the people of this nation that is witnessing triumph," Voight continued. "So let us stand with our president, let us stand for this truth that President Trump is the greatest president since Abraham Lincoln. God bless America."

Voight is best known for his lead role as Joe Buck in the 1969 film "Midnight Cowboy." His decades-long career includes movie roles in "Deliverance," "Mission: Impossible," "Anaconda," "Zoolander," and "Transformers" as well as television roles in "24" and "Ray Donovan."