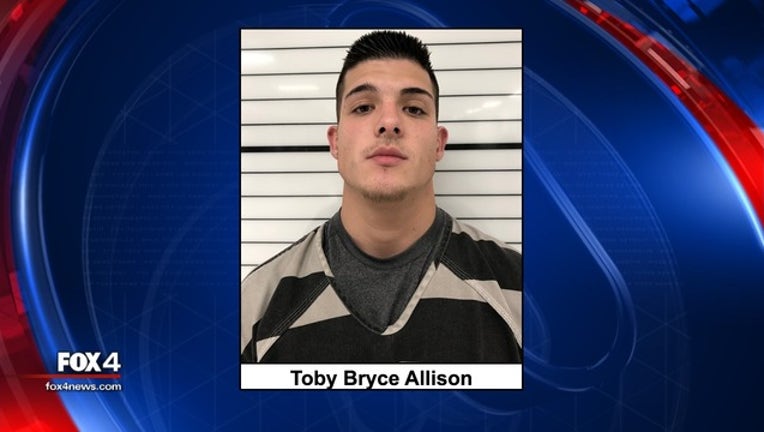 JOHNSON COUNTY, Texas - A Johnson County sheriff’s deputy was fired after being accused of having sexual contact with a young girl.

Newly-appointed Johnson County Sheriff’s Deputy Toby Bryce Allison was arrested and fired on Friday. The 23-year-old is charged with aggravated assault of a child, which is a first degree felony.

The Johnson County Sheriff’s Office says they first learned of the accusations involving a 13-year-old girl just last week and began an internal investigation while Allison was put on leave.

Soon after, the Texas Rangers began a criminal investigation and had a forensic interview with the young girl regarding the sexual assault allegations. Investors say the reported offense took place while Allison was off duty.