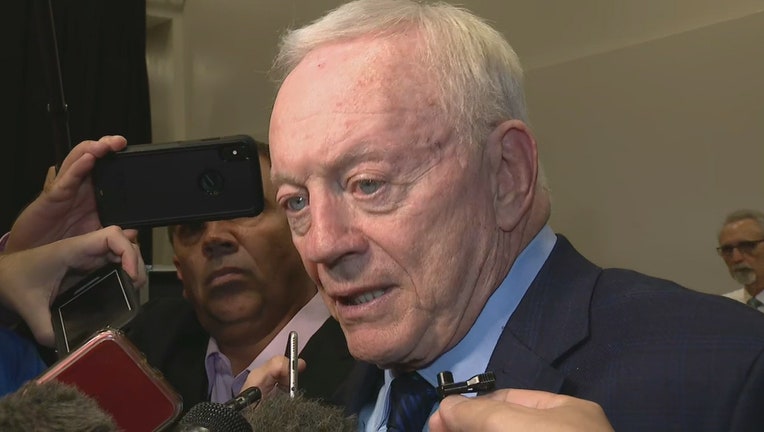 DALLAS - The woman who claims Dallas Cowboys owner Jerry Jones is her father is dropping her paternity lawsuit against him but still wants a DNA test.

A lawyer for Alexandra Davis said she wants Jones to take a paternity test to confirm he is her father.

Davis claims Jones had a relationship with her mother in the mid-1990s. After she was born in 1996, Davis said Jones paid her mother to keep her paternity confidential. At the time, he denied he was her father.

Davis’ lawsuit asked the court to determine she is not bound by that 1998 agreement. She believes she does not legally need to keep the information quiet.

Jones has not publicly acknowledged any relationship with Davis or her mother.

Cowboys owner Jerry Jones hopes a judge will make a paternity lawsuit go away. His lawyers say the woman claiming to be his daughter tried to extort him.

His lawyers have accused the 25-year-old of trying to extort money from him. Her lawyer denied that.

There was supposed to be a hearing Thursday on the paternity suit in a Dallas County court. It did not happen.