Arson investigators are hoping to find who sparked an explosion at a bar in Third Ward early Friday morning.

HOUSTON - We have learned that an explosion at a bar in Third Ward was intentional.

The incident occurred just before 5 a.m. Friday at Bar 5015 on Almeda Road.

Houston Fire Department has confirmed that the explosion is an active criminal investigation after it was determined that a fire was set intentionally.

The fire caused the explosion of the bar that was recently renovated, and the resulting loud boom around 4:45 a.m. frightened neighbors out of bed.

“All you can hear is a big boom, and I just woke up, everybody woke up in my house and just ran outside," Sarah Gregory, who lives in the neighborhood said. "I was shaking. Like it was so scary. My first thought was like a lightning strike, but I didn’t really know.“

Firefighters are on the scene of an explosion and fire at a bar near Houston's Museum District.

“All my windows were shattered and on my house trees falling on my car, you know just damage, but at least I was alive most importantly,” Lawrence McQueen, a local business owner who also lives in the area, told FOX 26.

“The Almeda corridor is like the black Wall Street. We have tons of businesses on here trying to get through coronavirus, trying to understand how we can navigate, and have the community come together,“ said McQueen. 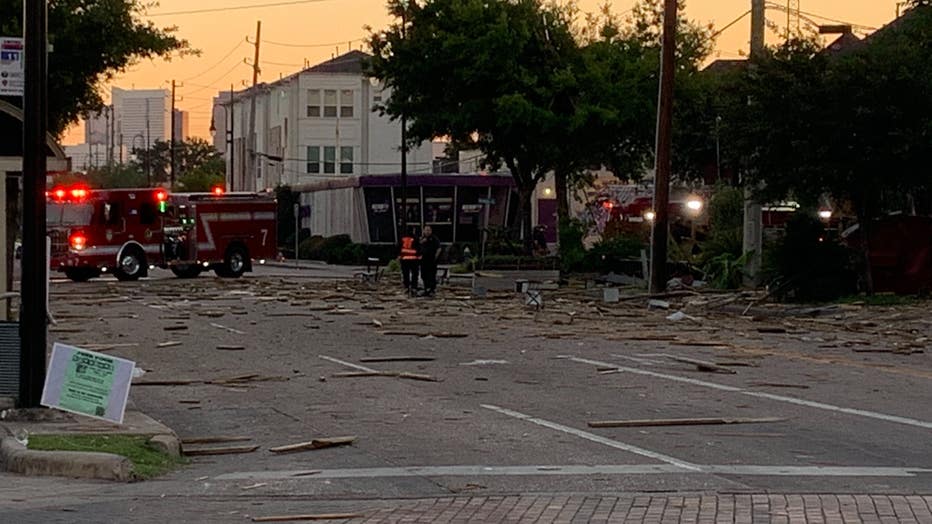 Fire crews and law enforcement are at the scene of an explosion at Bar 5015 in Houston.

The arson bureau is leading the investigation with assistance from the FBI, ATF, and Houston Police Department. Those who have been in the neighborhood for years shocked to hear that the fire was intentional.

“This seems to be a business that was on the rebound, and that was serving the community well, and it’s an iconic business. I’m speechless. Why?” asked Bernard Johnson.

Houston Fire Department Chief Sam Peña says that investigators are reviewing surveillance video that they obtained from the area.

If you have any information that can help them in this case you can call crime stoppers at 713-222-TIPS.