A Texas prison inmate and three guards are injured after a crash near Willis overnight. (EDITOR'S NOTE: This is from an earlier version of the story)

WILLIS, Texas - A Texas prison inmate is in critical condition, and three prison guards are injured after a crash near Willis overnight.

Conroe Police and Fire Departments were dispatched to the scene of a major accident around 2:40 a.m. Tuesday on I-45 northbound near the Brentwater Drive exit.

Officials arrived on the scene to find a Texas Department of Criminal Justice prisoner van against the center concrete barrier with extensive front-end damage. 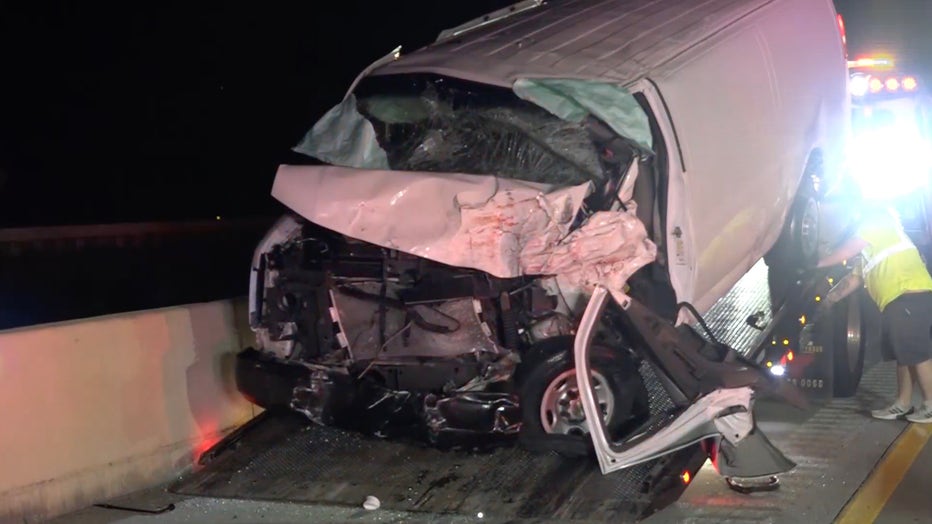 There was also a red Ford F150 in the middle of the northbound lanes with heavy left side damage.

Inside the prison van, first responders found three guards and an inmate.

TDCJ says the inmate was transported to a hospital in Conroe in critical condition, along with a sergeant and a correctional officer. Another correctional officer was taken to Memorial Hermann - Woodlands. Conroe Police reports that they all suffered non-life-threatening injuries.

Conroe Police believe the driver of the F150 was at fault for the crash and possibly impaired by alcohol. Preliminary investigation shows the truck hit a wall, spun out, and came to rest in the roadway before it was hit by the prison van.

The accident investigation is still ongoing. 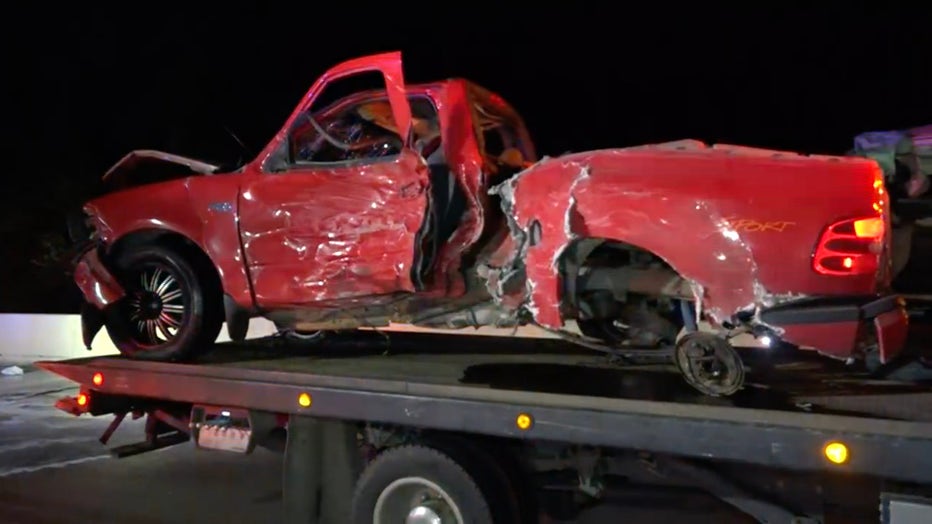 Officials say the inmate was being transported from UTMB Galveston to the Rusk correctional unit.

The crash comes after TDCJ announced it's suspending the transport of inmates following the murder of five people in Centerville last week believed to be at the hands of escaped inmate Gonzalo Lopez.

"If it becomes necessary to do a transport such as releasing or an emergency medical appointment, additional security measures will be implemented," said in a statement Monday. That is why three guards were onboard the van transporting the inmate.