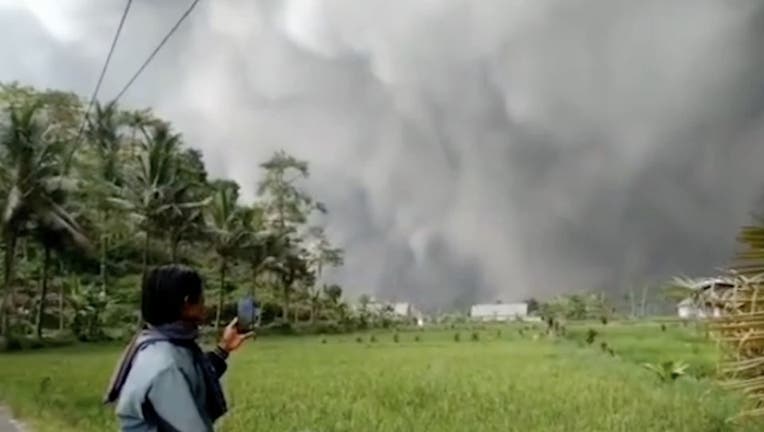 A screen grab captured from a video shows the smoky and ashy sky after the Semeru Volcano erupts in East Java, Indonesia on December 04, 2022. At 3676 meters, Semeru is the highest volcano at Indonesia's Java. (Photo by Stringer/Anadolu Agency via Ge

Indonesia’s highest volcano on its most densely populated island released searing gas clouds and rivers of lava Sunday in its latest eruption.

Several villages were blanketed with falling ash, blocking out the sun, but no casualties have been reported. Several hundred residents, their faces smeared with volcanic dust and rain, fled to temporary shelters or left for other safe areas.

Thick columns of ash were blasted more than 1,500 meters (nearly 5,000 feet) into the sky while searing gas and lava flowed down Semeru’s slopes toward a nearby river.

Increased activities of the volcano on Sunday afternoon prompted authorities to widen the danger zone to 8 kilometers (5 miles) from the crater, said Hendra Gunawan, who heads the Volcanology and Geological Hazard Mitigation Center.

He said scientists raised the volcano's alert level to the highest and people were advised to keep off the southeastern sector along the Besuk Kobokan River, which is in the path of the lava flow. 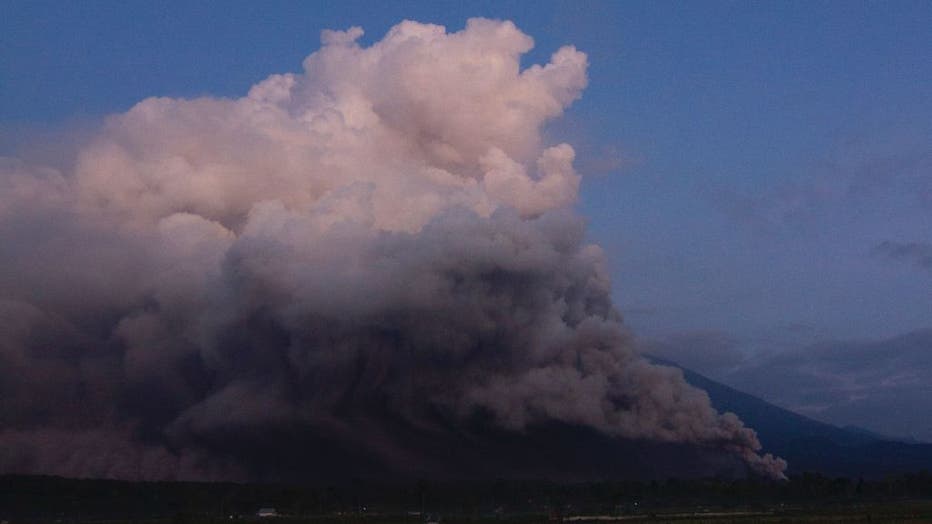 Semeru’s last major eruption was in December last year, when it blew up with fury that left 51 people dead in villages that were buried in layers of mud. Several hundred others suffered serious burns and the eruption forced the evacuation of more than 10,000 people. The government moved about 2,970 houses out of the danger zone.

Semeru, also known as Mahameru, has erupted numerous times in the last 200 years. Still, as is the case with many of the 129 active volcanoes in Indonesia, tens of thousands of people continue to live on its fertile slopes.

Indonesia, an archipelago of more than 270 million people, sits along the Pacific "Ring of Fire," a horseshoe-shaped series of fault lines, and is prone to earthquakes and volcanic activity.