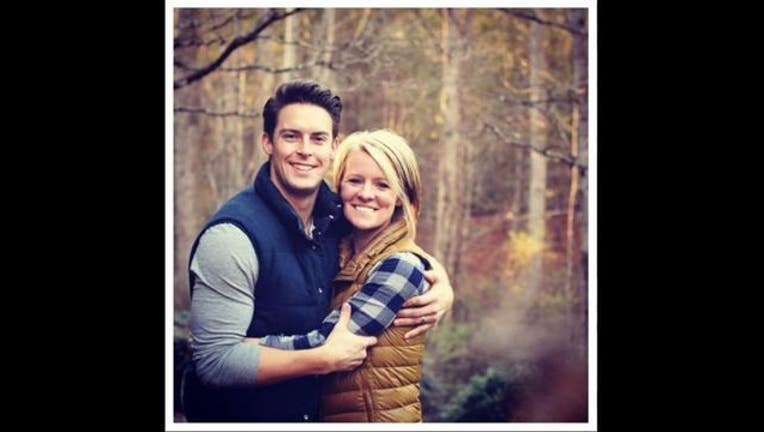 INDIANAPOLIS (FOX 32 News) - The pregnant wife of an Indiana pastor has died after being shot during a home invasion Tuesday morning.

28-year-old Amanda Blackburn was critically injured in a shooting that occurred at her Indianapolis home Tuesday morning around 8:30 a.m. Police officials say Blackburn was shot at least once, and the couple's toddler son was home at the time of the home invasion. The young boy was not injured.

Davey Blackburn, the pastor at an Indianapolis church, came home to find his wife unconscious on the floor. She was rushed to an Indianapolis hospital, where she was pronounced brain dead. Her family was told Wednesday that death "was imminent."

Davey Blackburn released a statement Wednesday about the heartbreaking situation:

It’s impossible to communicate all the emotions my heart has been forced to process. My wife was such a beautiful, gracious, loving woman of God. I have not only lost my ministry partner and support but also my very best friend. There is no way to prepare yourself for circumstances like these. As deeply as I am hurting I am hopeful and confident that good things will come of this. I rest in the truth of Romans 8:28 that God works all things together for the good of those who love Him and who are called according to His purpose.”

“Thank you for understanding my desire to take these next few days to continue to grieve for Amanda Grace. My focus right now is to let The Lord minister to my heart as I continue to shepherd little Weston’s. I’ll be taking this time to focus on being a great follower of Jesus, dad, family member, and pastor to our growing church.”

“Amanda made it her life’s calling to love and serve everyone she knew. Even more, she has made it her life’s mission to see as many people as possible come to know Jesus as their personal Savior. I know that in her death and legacy even more people will come to a saving faith in Christ. I know beyond a shadow of a doubt her desire for me would be to continue what we’ve started here in Indy. I hold firm to the belief that God is still good, that He takes our tragedy and turns it into triumph, and that the best truly is yet to come.

Police told FOX 59 they believe this was a random act of violence. Suspect information has not yet been released.

A reward of up to $1000 is being offered for information that leads to a felony arrest in this case. If you know anything call Crime Stoppers at 317-262-TIPS. Those wanting to donate to the family can do so on the family's church website.