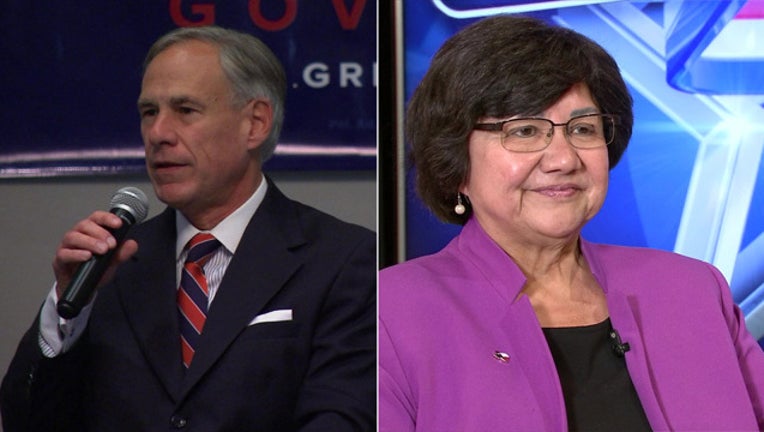 Abbott's re-election was seldom in doubt. Republicans have won every governor's race in Texas since 1994, starting with George W. Bush and continuing with Rick Perry and now Abbott.

Valdez is a former sheriff in Dallas who would have been Texas' first openly gay, Hispanic governor. But she struggled to raise money and support, and her race was overshadowed in Texas by Democrat Beto O'Rourke's high-profile run for Senate.

The 60-year-old Abbott is the nation's only governor who uses a wheelchair. He was paralyzed from the waist down after a tree fell on him as a young law student.

I am deeply honored to continue serving the people of Texas as governor of our great state. I want to thank all the voters and volunteers who made this victory possible. Tonight, voters across Texas sent a clear message. They voted to build on the success of the past four years and to keep Texas on a path toward greater opportunity and prosperity. We must always remember that what unites as Texans is far greater than our differences. With the election behind us, it is time for us to work side by side to build a brighter future for every person in our state. Together, we will elevate Texas to even greater heights.