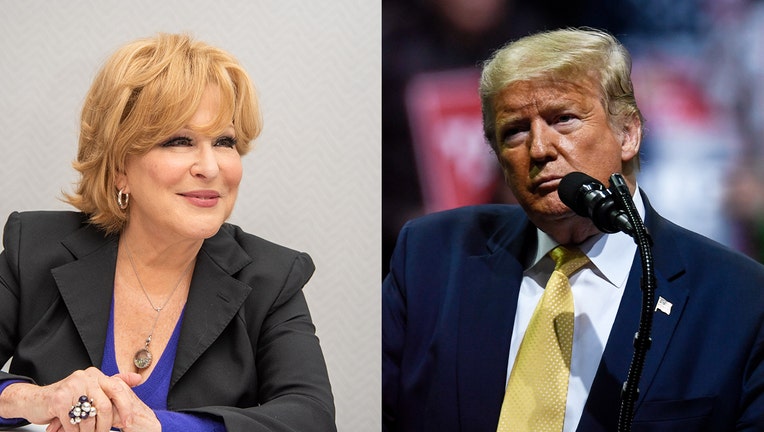 Bette Midler fired back at President Trump on Friday over his criticism of best picture winner "Parasite" at this year's Academy Awards.

During a campaign rally in Colorado on Thursday, Trump asked supporters, "How bad were the Academy Awards this year?" before slamming the South Korean film.

“The winner is a movie from South Korea. What the hell was that all about? We’ve got enough problems with South Korea, with trade,” Trump said during the campaign stop in Colorado Springs. “And after all that, they give them best movie of the year?”

The film, directed by Bong Joon-ho, depicts two families at both ends of the class spectrum. It was the first non-English film to win the best picture category at the Oscars. It also won awards for directing and original screenplay.

Midler, a Trump critic, took to Twitter to slam the president over his remarks.

The movie studio behind the film, NEON, responded to Trump with a tweet of its own.

Trump also took a swipe at actor Brad Pitt, 56, who won an award for his role in "Once Upon a Time in Hollywood." During his acceptance speech, Pitt took a jab at Republican senators who voted against requests by Democrats to call new witnesses during Trump's impeachment trial in the Senate, specifically former National Security Adviser John Bolton, who claimed he was willing to testify.

“They told me I only have 45 seconds up here, which is 45 seconds more than the Senate gave John Bolton this week,” Pitt said. “I’m thinking maybe Quentin [Tarantino] does a movie about it. In the end, the adults do the right thing.”

On Thursday night, Trump brought up his comments.