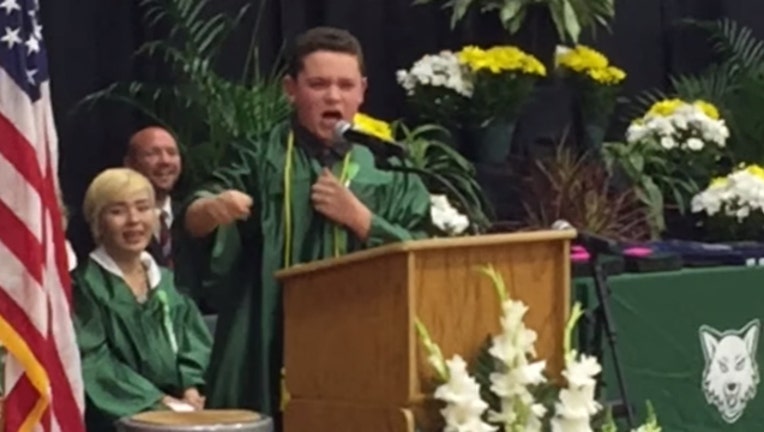 ARLINGTON HEIGHTS, Ill. (AP) - An Illinois eighth-grader earned laughs and cheers — as well as a diploma — when he graduated from middle school.

Jack Aiello, who graduated last week from Thomas Middle School in the Chicago suburb of Arlington Heights, impersonated current and former presidential candidates in a speech to the school's graduating class. Video of the speech has racked up more than 100,000 views in just more than a week.

"Thomas has been such a great school," he said. "Quite frankly, it's been fantastic."

He talked through his experiences at the middle school in the politicians' voices, from creative arts to physical education. He spoke of yoga lessons as he channeled Obama.

"I am proud to say I have completely mastered the 'downward dog,'" he says in the video.

WMAQ-TV reports that the speech was written as part of an assignment given to the roughly 350-student graduating class. Aiello's speech was one of three given at the ceremony.