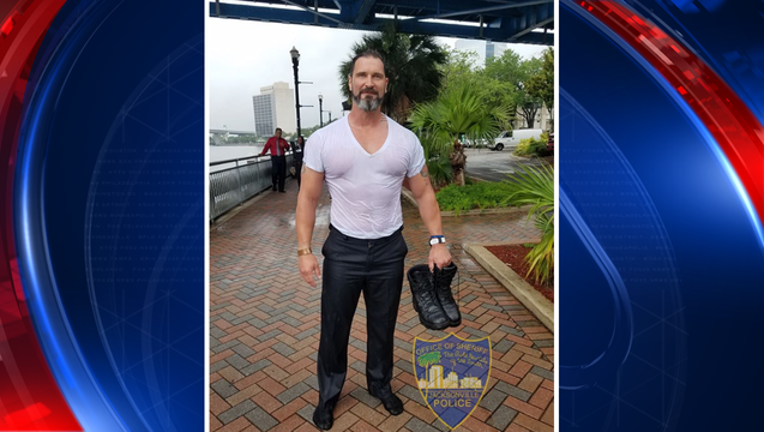 JACKSONVILLE, Fla. (WOFL FOX 35) - A citizen called the Jacksonville Sheriff's Office on Tuesday after they thought they saw a body floating in the St. Johns River.

Police say the caller said the body appeared to be flowing with the river towards the bridge. Police responded to the area and believed it to be a body floating as well. The body was heading south and the current was picking up.

It was then that police report that Sgt. Irvin immediately entered the water in an attempt to rescue the victim without knowing if the person was alive or not. He was able to get the victim out of the water and thankfully, she was still alive. Nearby construction workers were reported to come to his aid and help get her onto their boat.

Sgt. Billy Irvin went above and beyond the call of duty. Risking his life to save another. Thank you, Sgt. Irvin.