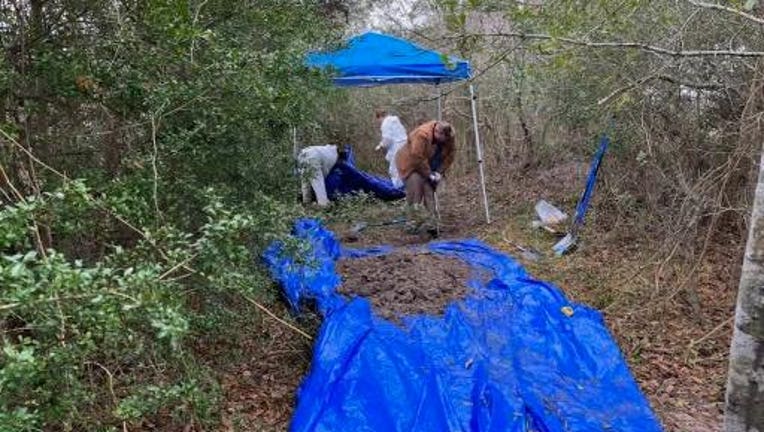 CHAMBERS COUNTY, Texas - An investigation is now underway after human remains were found in an area in south Anahuac, officials said.

According to the Chambers County Sheriff's Office, the remains appear to be human due to trauma screws located in a lower extremity bone.

Officials said they are working diligently to excavate the site where the remains were located in an effort to find additional remains and any possible evidence.

Authorities are asking that if anyone knows someone who is missing and possibly had a medical procedure to a lower extremity in the last few years, please contact the Chambers County Criminal Investigation Division at (409) 267-2500 or Crime Stoppers at (844) 860-8477.