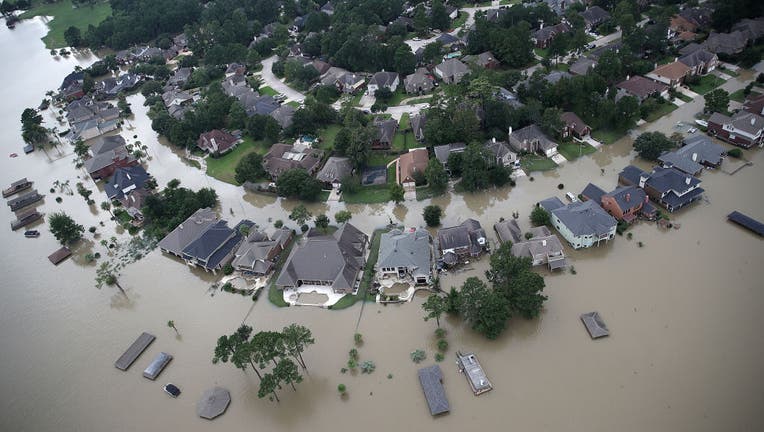 HOUSTON, TX - AUGUST 30: Flooded homes are shown near Lake Houston following Hurricane Harvey August 30, 2017 in Houston, Texas. The city of Houston is still experiencing severe flooding in some areas due to the accumulation of historic levels of rai

HOUSTON - Texas’ administration of flood relief money from Hurricane Harvey broke federal law by discriminating against Black and Hispanic residents in the Houston area, according to a decision by the federal housing agency that could channel millions of dollars of aid to communities battered by the 2017 storm.

The U.S. Department of Housing and Urban Development found that the Texas General Land Office’s distribution process for more than $2 billion in flood mitigation funds "caused there to be disproportionately less funding available to benefit minority residents than was available to benefit White residents."

An audit of federal Hurricane Harvey relief funds found the city of Houston has done a dismal job helping people rebuild their homes despite getting a lot of money to do the work.

The state agency drew bipartisan outrage from officials and residents in the nation’s fourth-largest city last year when it announced that Houston and Harris County would be getting only a small portion of the money Texas was awarding as part of an initial distribution of federal funding, despite the area having suffered the brunt of Harvey’s estimated $125 billion in damage.

In a Friday letter, HUD warned Land Commissioner George P. Bush that if his office does not voluntarily comply with federal law it may "initiate administrative proceedings" or refer the matter to the U.S. Justice Department. The letter was released Tuesday by a housing advocacy group that filed a complaint against the state agency last year.

Texas Housers in a statement Tuesday called the agency’s decision a "major civil rights victory for communities of color in Texas."

"Harris County was ground zero for the heartbreaking impacts of Hurricane Harvey, and continues to be exceedingly vulnerable," Hidalgo said. "The share of mitigation funds we receive from the federal government should reflect that reality. "