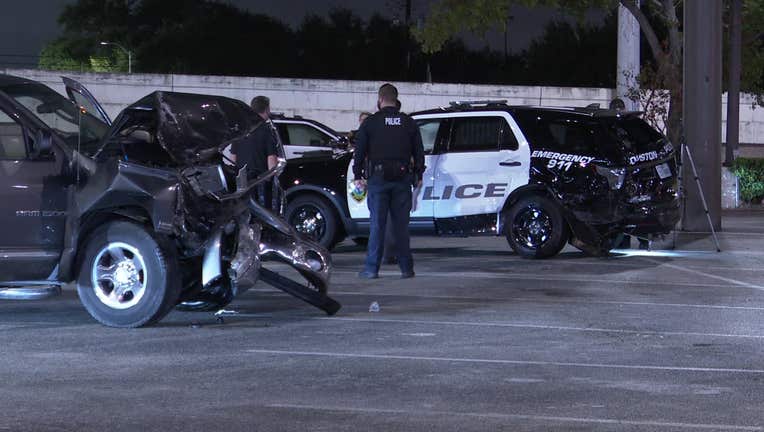 HOUSTON - Houston police say a pickup truck crashed into an officer's patrol vehicle that was at the scene of a car fire.

The crash occurred around 10 p.m. Monday on US 59 outbound near Bissonnet Street in southwest Houston.

According to HPD, the driver of the pickup truck declined medical attention and was taken into custody on suspicion of DWI.