HOUSTON - Houston Police need the public's help in identifying a man they believe is behind the death of a 23-year-old Houston man. According to HPD, the shooting took place around 11 p.m. on June 24 at 8700 Richmond Avenue in Houston.

Police say Pipkins was shot while he sat in the passenger side of a vehicle traveling eastbound on Richmond. The driver took him to HCA Houston Healthcare West where he was pronounced dead by medical personnel.

Today, family members of victim Deaundra Charles Pipkins, asked anyone with information on the killing of their loved one to provide an anonymous tip to help HPD homicide detectives find the suspect(s) involved.

Surveillance footage captured a photo of the suspect: 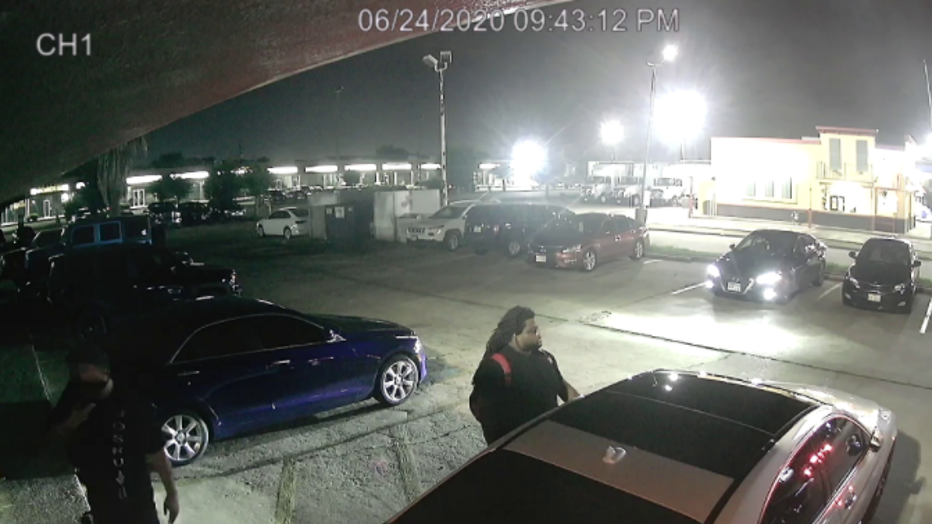 He is described only as a heavy-set black male with dreadlocks.

The suspect was last seen in a white Mercedes Benz sedan with dark tinted windows. He was driving eastbound on Richmond Avenue and then turned southbound onto Dunvale Road to flee the scene.

Anyone with information in this case, or on the identity of the wanted suspect, is urged to contact the HPD Homicide Division at 713-308-3600 or Crime Stoppers at 713-222-TIPS.