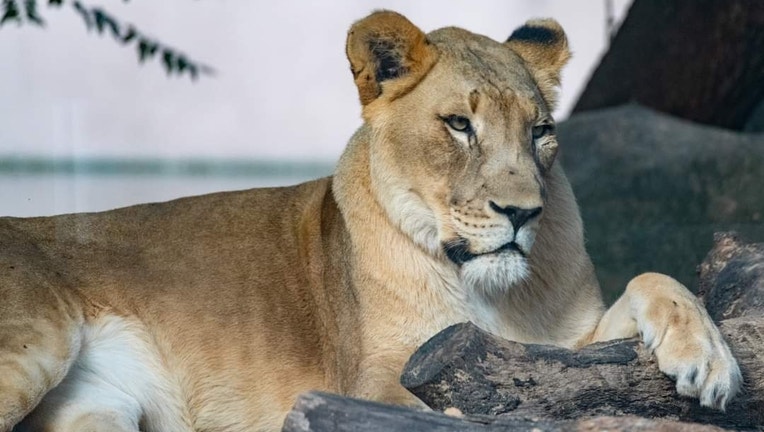 HOUSTON - Houston Zoo is mourning the loss of one of its female lions Saturday, who had suffered painful stomach issues.

Officials say 12-year-old Nimue was put to sleep in the morning after she was found unresponsive and an incision in her stomach from surgery had opened.

Despite the team's efforts and faced with a difficult decision, officials said it would be best to humanely euthanize the big cat.

"It is never an easy decision to euthanize an animal, but it is one we make with the animal’s well-being as the top priority," said Lisa Marie Avendano, vice president of animal operations at the Houston Zoo. "With world-class animal keepers, five incredible veterinarians, and a complete veterinary clinic, our animals receive the best care possible, and that includes end-of-life decisions."

During the last days of June, officials say Nimue showed signs of gastrointestinal distress and an x-ray showed she had bone fragments in her stomach.

After surgery on July 1, she appeared to be showing some progress and was kept separated from her pride to ensure she had enough space to properly recover.

"Our team of keepers who have spent more than a decade caring and bonding with this incredible animal are grieving this loss, and we support them through this sad time," Avendano added.

Nimue is survived by her sisters Uzima and Mattie, and male lion Hasani.