A Houston woman says she has been she began having immune system issues after she got breast implants. She's speaking with FOX 26's Randy Wallace to warn other women about the potential dangers of breast augmentation.

HOUSTON - "I would not wish this on my worst enemy in the world," said Eileen Kay.

In just a matter of months, Kay went from looking healthy to severely aged. She blames her breast implants.

"About six months later I realized I'm sleeping a little bit more," said Kay. "I was feeling inflamed muscle shirt I started getting a little bit sick but nothing that would stop you from doing your day to day activities."

As the months passed Kay said she only got worse. 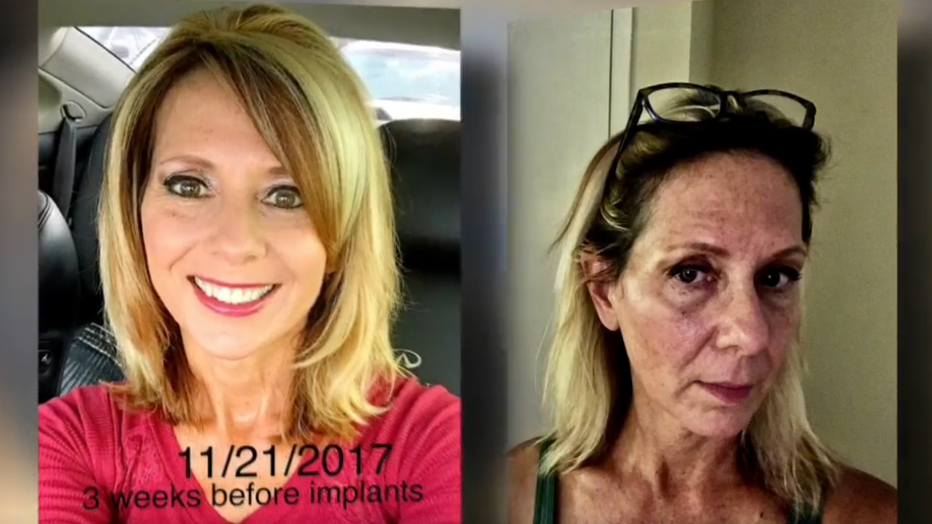 "I was positive I must be dying because all of these horrible symptoms it looked like cancer on the side of my breast I was getting rashes," said Kay. "I felt like I couldn't even walk downstairs muscles aching like the worst case of flu you ever had every day."

Kay says she was sleeping 16 hours a day.

He says a small percentage of his patients have had similar problems with their breast implants.

Dr. Polsen says nothing is wrong with the implants themselves, but they can trigger autoimmune disorders in a small number of patients.

"I think the fact that it's still a foreign body in a small percentage of people their body reacts adversely to it," Polsen said.

Once Dr. Polsen removed Kay's implants she says all her health issues disappeared.

"For the patients that come in with the symptoms that she's had when I remove the implants they almost uniformly get better," said Polsen.