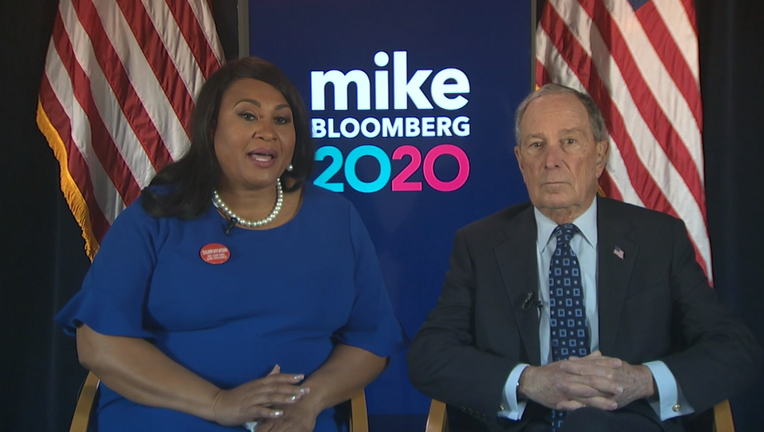 HOUSTON - A Super Bowl commercial is starting a conversation about gun violence.

In the $10 million ad, Kemp announces her support for Bloomberg and increased gun control.

“I know Mike is not afraid of the gun lobby,” said Kemp in the commercial. “They’re scared of him and they should be.”

We interviewed Kemp just hours before the Super Bowl.  Bloomberg paid for her flights, and gave Kemp’s family tickets to the game.

“I just want my son back,” said Kemp. “Since that’s not happening, I have got to get up and fight every day. That’s why I have to continue to amplify my voice and do what’s necessary to preserve life.”

During our FaceTime interview with Kemp, she held her son’s football cleats. According to Kemp, she wanted to bring the cleats to the game.

“I wanted to feel his presence,” said Kemp. “It is symbolic for me to say son, you’ve made it. He always wanted to play in a Super Bowl, and now he has.”
Kemp’s son played football at Foster High School and continued his career at Navarro Junior College.

“I know my son would have been in the NFL,” said Kemp.

In September of 2013, 20-year-old George Kemp Jr. was shot and killed along 7500 Rosepath Lane. According to witnesses at the time, the 20-year-old had gone to the location for a fight.

“I will never know what happened to George that night, and that’s okay,” said Kemp. “What’s important to me is the guns were there.  If the guns had not been there, my child would still be here.”

Three people were arrested for the murder, including one that was sentenced to 34 years in prison.

Kemp has been volunteering with “Moms Demand Action” since 2014. According to Kemp, she hopes to continue pushing for stricter gun laws when she returns to Houston.

“I know it’s festive for everybody,” said Kemp, referring to the Super Bowl. “For us, it’s just another big reminder that our son’s dreams got taken way too fast.”