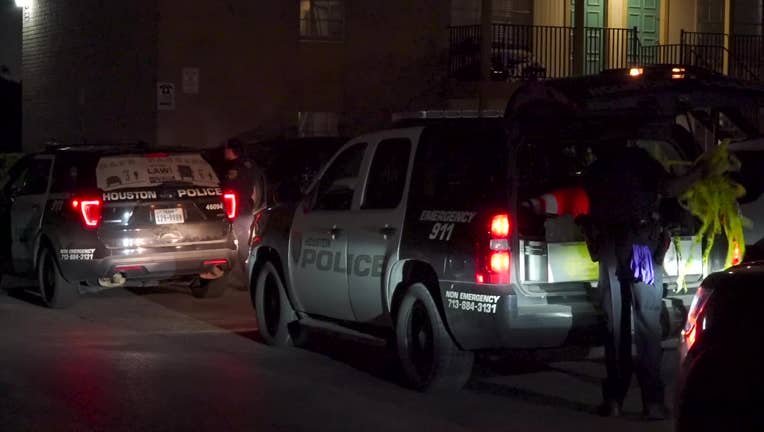 The Houston Police Department investigates a shooting at an apartment complex along the Gulf Freeway.

HOUSTON - Police are investigating what led to the deadly shooting of a woman at a southeast Houston apartment early Monday morning.

Officers responded to the shooting around 3:30 a.m. in the 6100 block of the Gulf Freeway and found a woman dead with multiple gunshot wounds.

According to police, a man who called 911 reported that he shot his friend after she tried to rob him.

Police say the woman, in her 30s, was shot three times.

The man, in his 40s, was detained. The investigation into the shooting is still ongoing.