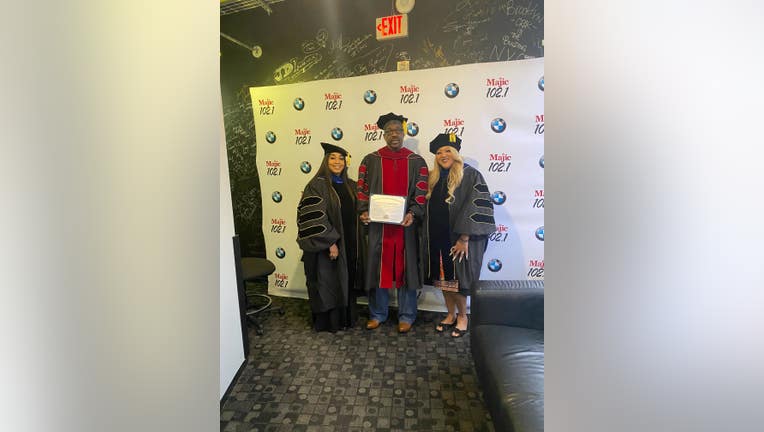 HOUSTON - It's been a pretty eventful weekend for Houston's own radio legend Funky Larry Jones, who recently was presented with an honorary doctorate.

This comes after the long-time Majic 102.1 DJ was inducted into the 2022 Texas Radio Hall of Fame. A few days before that, Jones was granted a lifetime achievement award.

The radio legend of more than 40 years was presented Monday with an Honorary Doctorate Degree in Humanities from Leaders Esteem Christian Bible University. Jones was nominated by Dr. Candice Matthews, who serves as president of the university's board of regents with Chancellor Dr. Verna Caddie. 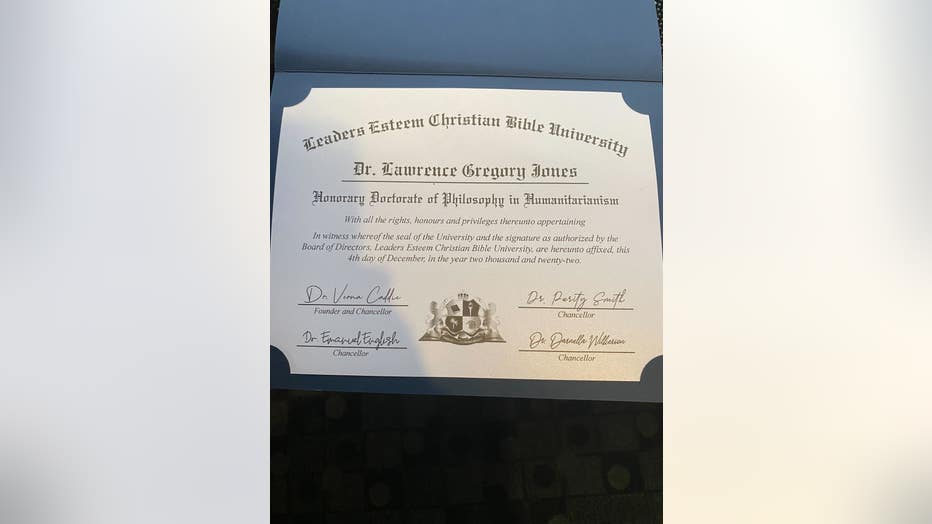