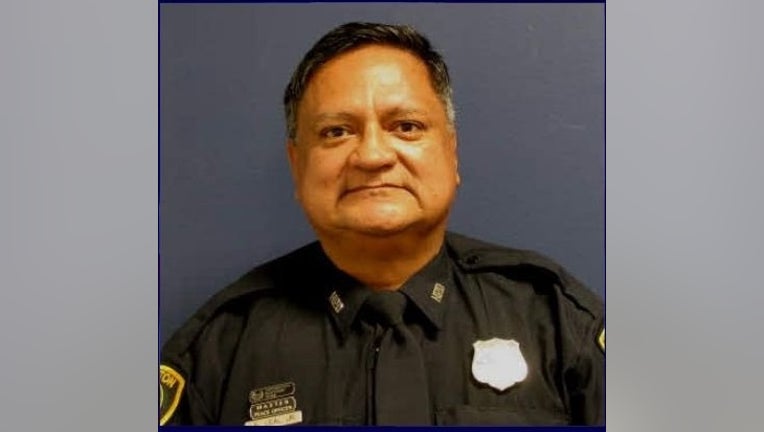 HOUSTON - A Houston police officer has died after battling COVID-19 for some time, according to the Houston Police Department.

Senior Police Officer Ernest Leal, 60, passed away Friday after he lost his battle with COVID-19.

According to a release, Leal served Houston as a Houston Police officer since August 1984. He worked in the Northeast Patrol Division and briefly in the jail division. By December 1989, he found his permanent home within HPD in the North Patrol Division, serving more than three decades.

In a statement, ‘All of HPD mourns Officer Leal’s loss. We ask that everyone join us in lifting his family in prayer.“

Officer Leal leaves behind his wife, Dee, and his children, Victor, Veronica, Virginia, and Vannesa. He is also survived by his mother, Rosa, by two brothers, David and Marcus, and a sister, Brenda.

According to the release, Leal is Houston Police Department’s fifth line of duty death within the past 12 months and its first from COVID-19.