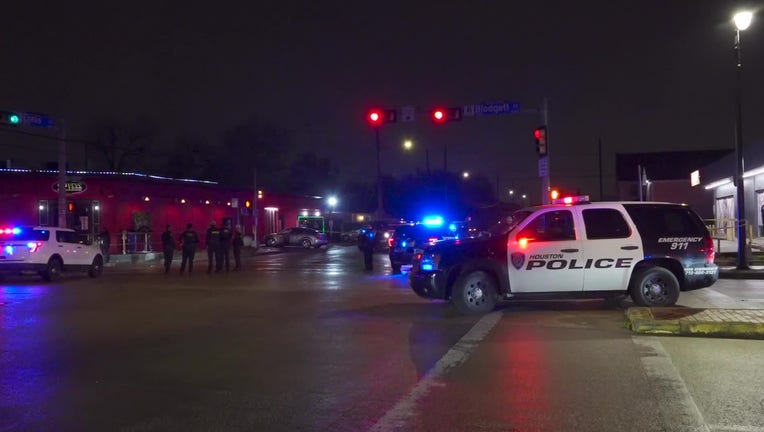 Houston police investigate a shooting near Blodgett and Ennis.

According to the Houston Police Department, the shooting occurred around 1 a.m. outside of Spivey’s on Blodgett near Ennis.

Authorities arrived and found the bouncer with a gunshot wound to his hand. He was taken to the hospital by ambulance.

Officers learned four other men had also been shot and were taken to area hospitals by private vehicle. Police say all of the men, in their 30s, are in stable condition.

The investigation into the shooting is still underway, but police believe it began with a fight between two groups of people inside of the club.

Police say the fight was broken up and those involved were escorted out of the business. Once outside, police say there was a second altercation, and two unknown suspects pulled out guns and started shooting.

The suspects fled the scene.