Houston ISD parents are doing everything they can to help their children during virtual learning. FOX 26's Natalie Hee spoke with one parent who is homeschooling five children.

HOUSTON - HISD says the district has not seen any additional connectivity issues like they had the first week students went back for the new school year. Currently, HISD says they're working on getting students more engaged in online learning.

For Jennifer Evans, every home-school day is slightly chaotic. Since HISD went virtual in April, Evans has been helping teach her five boys from home. Four of them are at Yates High School and the youngest at Lockhart Elementary.

"I need four more of me – one for each boy. Even for those that are in high school because I do have to force them to be like college, more self-sufficient and independent learners," Evans said.

Evans says their home internet connection struggles to keep up with six computers and six cellphones, not to mention the TVs and video games always running in the background.

"I can hear all of their classes going on at the same time. They don’t have their headphones in and they're on mute, but there’s four different teachers, teaching upstairs. I'm downstairs with my youngest," Evans said.

"My son was on the computer one time and he's like it just rebooted! And it took an update, so he missed class. At that point, there’s nothing you can do," Evans continued.

Evans said she wishes the district had provided some rehearsals for parents, teachers and students, including a run-through of expected virtual etiquette for kids that don't know how to mute themselves during lessons.

"The students know more about the stuff that we’re using than the teachers because the students are kicking the teachers out of the classroom. They're not knowing how to get back in; muting the teacher, kicking other students out. It’s kids that don’t even go to the school. You’ve got friends at a different school and you can invite them into the classroom, the teacher doesn’t have to invite them. Nowadays, all kids want to do is be that next viral kid," Stephen said.

Jennifer says she plans on sending her kids back to in-person learning as soon as that becomes available.

These issues combined with the on-going threat of COVID-19 have perhaps dissuaded some parents from keeping their kids in the district. According to HISD, enrollment numbers this school year are down more than 11,000, compared to this time last school year as of Tuesday, September 15. 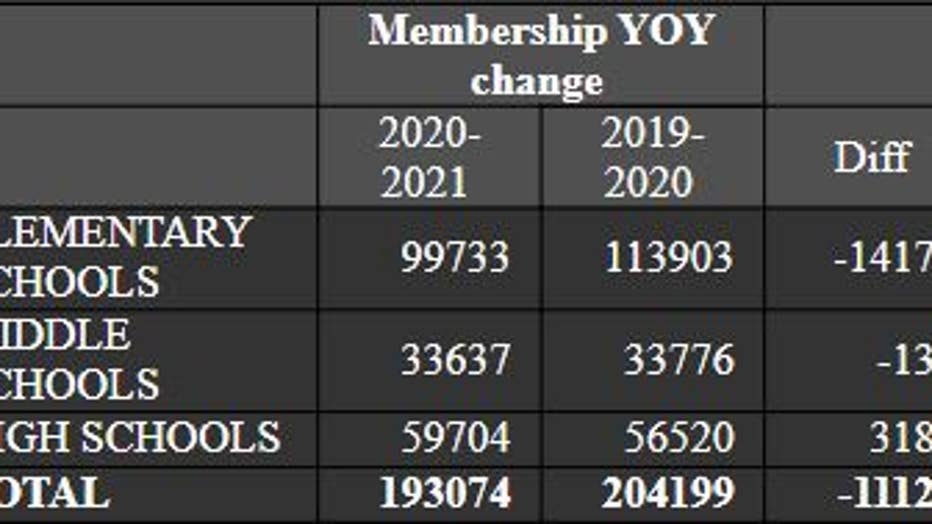 According to a spokesperson with HISD, the number of students unenrolled for not logging in to virtual learning by Friday, Sept. 11 was 11,029.

The district is finalizing a process by which it can determine the total number of unique students who logged in to each platform.