HOUSTON - Police say a Houston business owner who was robbed after visiting a bank nine miles away was likely targeted.

The Houston Police Department’s Robbery Division needs the public’s help to identify the suspect in the robbery that occurred around 11:15 a.m. March 27 in the 6600 block of the S. Sam Houston Parkway.

The man told police that he was walking into his business when an unknown male approached him from behind and struck him in the face, causing him to drop a bag of cash.

Police say the suspect then picked up the bag, ran to a dark-colored Chrysler minivan and fled the scene.

The business owner told police that before the robbery he had driven to a bank in the 6900 block of Corporate Drive and withdrew a large sum of money for his business. He then drove nine miles back to his business.

Police say it is very likely that the suspects targeted the man and followed his activity prior to the robbery. 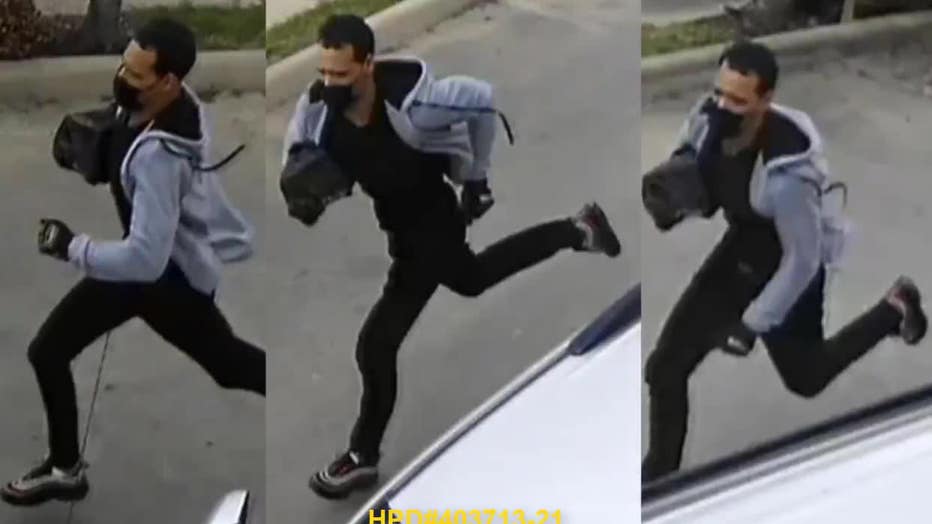 The suspect is described as a Black male, 6’0" to 6’2" tall with a thin build. He was wearing a black V-neck shirt, black pants, a gray hoodie jacket, and black and white shoes.

The suspect vehicle is a black or dark gray newer model Chrysler Pacifica with dark window tint and paper plates.