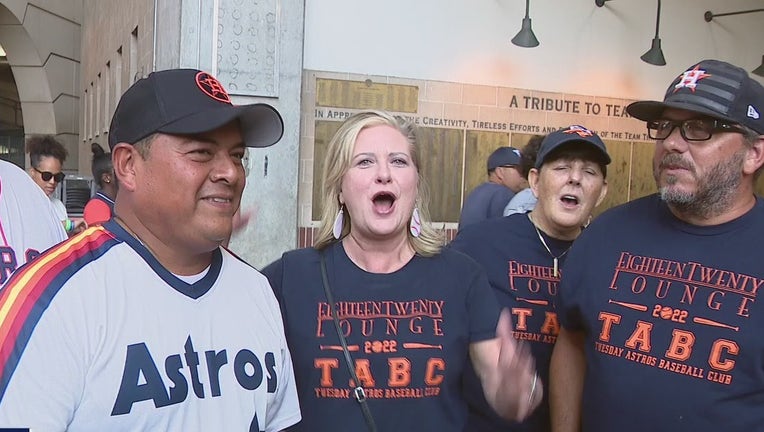 "We can go to another World Series," said Jim Abbott. "We’re right on the door.  Who’s going to beat us, the Yankees?"

Fans in orange in blue were excited at Minute Maid Park Tuesday evening. Most fans say they were happy with the trades made.

"We picked up a couple of guys," said one Astros fan. "It’s going to help us out.  That’s what we need."

"I’d have to give [the Astros] a C," said Earnest Solis. "It was about average."

The Astros made three key moves leading up to the trade deadline. Trading for relief pitcher Will Smith, first baseman/outfielder Trey Mancini, and catcher Christian Vasquez.

"I was impressed with some of the moves they made," said Buddy Roussel. "I wasn’t expecting to get Mancini."

The Astros are currently are in first place in their division. Fans are confident these moves will help the team reach a 4th World Series in six years.

"World Series all the way," said one excited fan.