Showers throughout our area made for a messy commute during rush hour, and of course cauSed MINOR flooding in some neighborhoods.

HOUSTON - Showers throughout the Houston area made for a messy commute during rush hour, and of course, caused flooding in some neighborhoods.

It appears the days of warm weather are behind us now. Today’s storms brought down the temperatures and with it a cold front. So it’s about to get a lot cooler in Houston.

Katherine Garrett, a local resident, tells FOX 26, “I love it, I’m ready, we can go outside and play.“

The weather took its toll. The drastic change in temperature brings in rainfall, and flooding, like down south at Baycliff and San Leon. In Channelview, lightning struck a telephone pole, causing it to burst into flames. It’s something we can all agree on: We don’t need anymore flooding.

“I mean, I’ve just come to expect it whenever it rains at this point.“ says Atreyo Ghosh of Houston.

A scary moment in east Harris County during the storm left a Popeyes without power.

Lathasia Collins, a teacher, says, “It’s kind of difficult. It’s not the worst thing in the world, there are some more things, but it’s definitely challenging.”

The best way to stay on top of what is happening with Mother Nature is to use your FOX 26 weather app, so make sure it’s downloaded so that you’ll have the latest information. 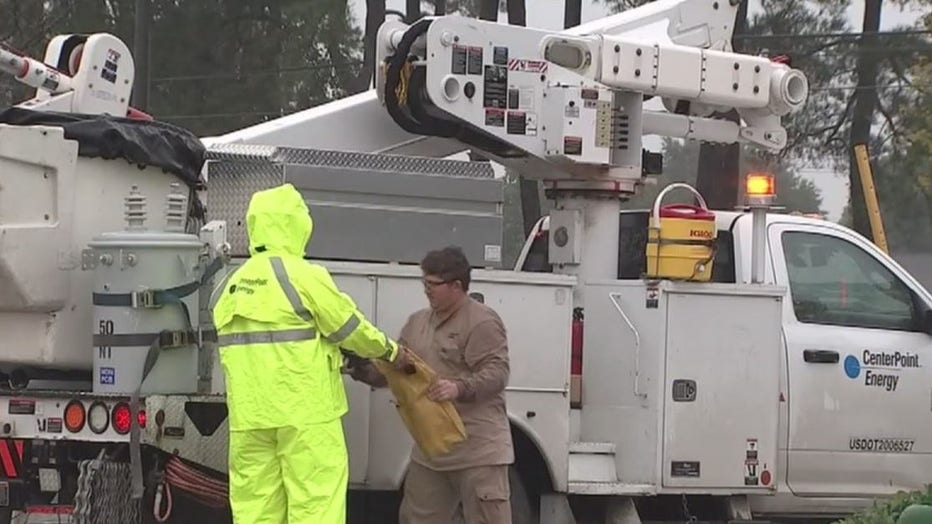