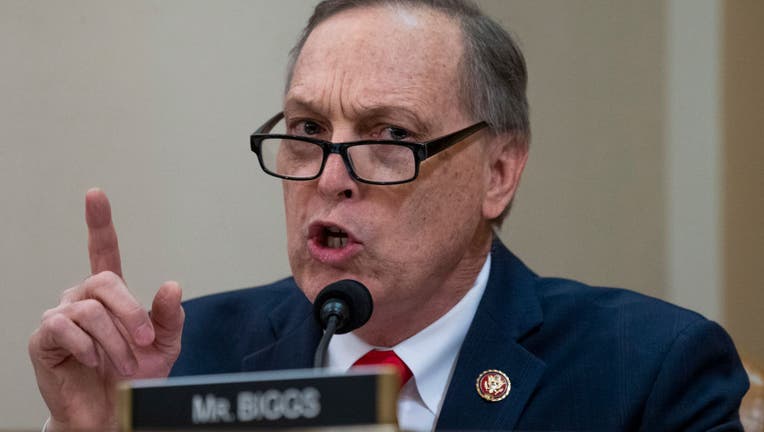 A group of House Republicans on Friday introduced a bill to repeal the “motor voter law” -- which requires states to offer voter registration at vehicle licensing agencies -- out of fear that it can lead to voter fraud.

The 1993 National Voter Registration Act requires states to allow voters to register when applying for a drivers license or at some public assistance offices. Under the law, each license application must serve also as a voter registration application. It also updates any prior registration.

Biggs’ office gave the example of a situation in which Arizona law requires an individual to provide proof of citizenship -- but federal law gives them the opportunity to vote on a “federal-only” ballot -- which it claims is susceptible to fraud.

"This lax procedure, to register individuals to vote in states that have strict citizenship requirements for voter registration, is a threat to the integrity of our elections," Biggs said in a statement.

“Americans of all political leanings deserve to know that our elections were carried out with the utmost integrity," he said. "That’s why I hope my colleagues will join me in support of this legislation to ensure that states, and not the D.C. swamp, uphold election integrity and restore trust at the ballot box for each of its residents.”

The one-page bill would not seek to amend the act, but instead would abolish it entirely.

The effort in the Democrat-controlled House comes amid growing concerns by Republicans about potential voter fraud and a continuing flurry of lawsuits from President Trump’s campaign alleging widespread voter fraud and other forms of illegal voting in the Nov. 3 election.

To date, the campaign has failed to provide evidence of such fraud and dozens of legal claims in battleground states have been tossed by judges.

Trump and a Georgia Republican voter filed a lawsuit Friday alleging incidents in which Georgia's election laws were violated "thousands" of times.

That came a day after the campaign filed a lawsuit on Thursday in Nevada alleging that it had evidence of dead people voting and thousands of “double votes.”

However, Attorney General William Barr, in a Tuesday interview with The Associated Press, said U.S. attorneys and FBI officials have found no evidence of any major voter fraud scheme.

“To date, we have not seen fraud on a scale that could have affected a different outcome in the election," Barr said.

Fox News' Brooke Singman and The Associated Press contributed to this report.