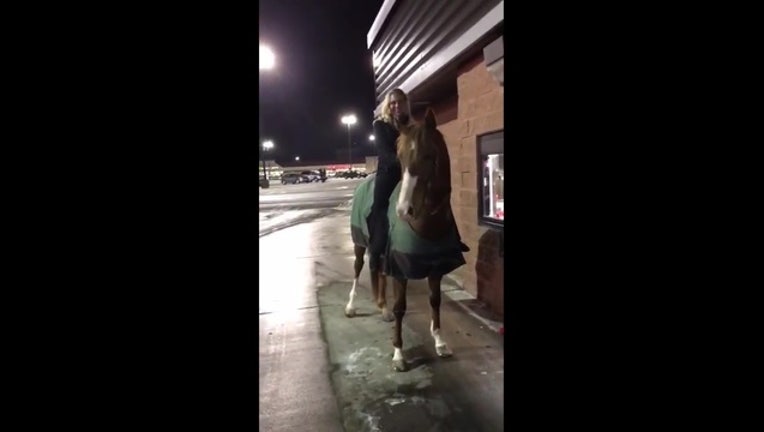 "You don't see this every day in the city," said Marcy.

Smith shot this video of Gruchalak as she ordered a Frosty frozen dessert. Smith told Storyful that Buns, who has his own Facebook page, was a big part of the fundraiser’s appeal, and that riding a horse through a drive-thru had been on Marcy’s bucket list.

Smith and Gruchalak told the restaurant workers in advance that the horse was going to use the drive-thru, and said they delighted in taking part in the joke. "What do you think, Buns? You got a Frosty!"