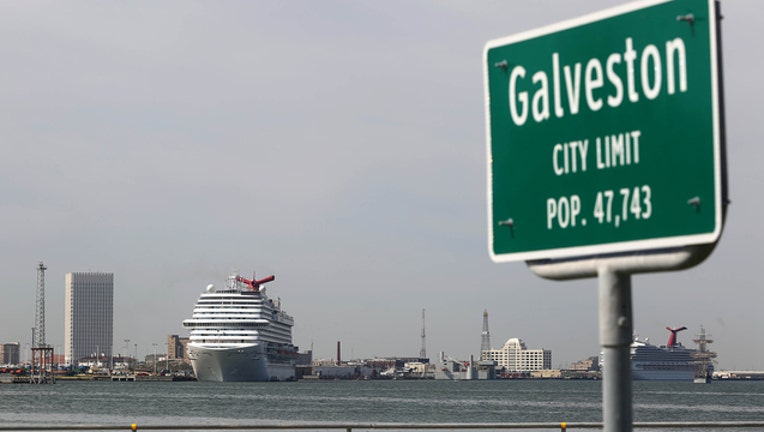 GALVESTON, Texas (AP) - Fans of a near-century-old concrete ship that has been partly submerged in the Houston Ship Channel since 1922 warn it could be fully underwater in a matter of years.

The SS Selma launched from Mobile, Alabama, in June 1919. It was abandoned after hitting a reef near Pelican Island that tore an unrepairable 60-foot hole in its hull, The Galveston County Daily News reported .

"It's deteriorating, deteriorating greatly," said Ken Cox, the president of the corporation that owns the Selma. "It really, really is in pretty bad shape and could be completely under water within 15 years."

The Selma was declared a Texas archaeological landmark in 1993 and is listed on the National Register of Historic Places.

There are no plans in place to arrest the ship's sinking.

It was one of 12 World War I pilot ships made from concrete rather than steel because of a metal shortage.

The ship was never used during the war. The day it launched was the same day Germany signed the Treaty of Versailles, which formally concluded the war. It was instead used as an oil tanker.

After it was scuttled, the Selma sat in the channel for decades until a retired journalist, A. Pat Daniels, bought the ship to preserve its history.

Norma Jean Nelson, a member of the Crew of the SS Selma, a group of enthusiasts who annually honor the ship with a party, said she hoped the May 11 celebrations in Galveston to mark 100 years since the ship's launch will raise awareness about the landmark.

"It's a part of Galveston history," Nelson said. "I would just like to see her never forgotten. A lot of people know of the Selma, but they don't know the Selma."