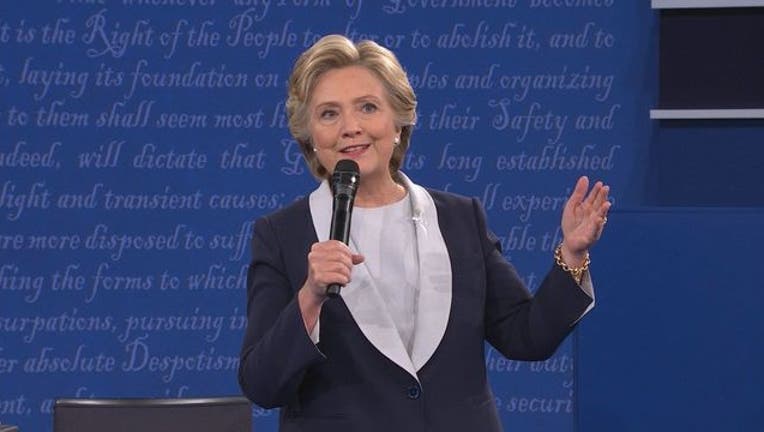 "We are pleased to announce that Former U.S. Secretary of State Hillary Rodham Clinton will be a featured keynote at our #FireEyeSummit in October! Secretary Clinton will engage in an intimate Q&A keynote discussion," a tweet from the company read.

FireEye's website touted its "informative and insightful keynotes from industry thought leaders." "Take this opportunity to share best practices, learn about the latest advancements, and enhance your cyber preparedness," the company said of the event.

The event is designed to inform executives on cybersecurity, as well as security practitioners on how to "mitigate, detect, and respond to cyber attacks."

Her comments will follow a slew of appearances in which she attributed her 2016 loss partly to Russian cyber activities used to interfere in the election. In May, she said the election was "stolen" from her.

“I think it’s also critical to understand that, as I’ve been telling candidates who have come to see me, you can run the best campaign, you can even become the nominee, and you can have the election stolen from you,” she said during an event in May.

That loss, according to her, was also influenced by former FBI Director James Comey's decision to notify Congress about his agency's investigation into her email servers.

That scandal hung over Clinton's head for the entirety of her campaign, during which she polled low on trustworthiness. Clinton denied any intentional wrongdoing as investigators found that as Secretary of State, she sent classified material over an unsecured server in her basement.

She and her team faced suspicions of trying to conceal evidence as well after it scrubbed her server. At one point, Clinton seemed to defender herself by suggesting she didn't know what it meant to "wipe" a server.

“What, like with a cloth or something?” Clinton said when asked about the issue during the election cycle. “I don’t know how it works digitally at all," she said.