Heavy smoke rises from a building fire on Fondren Road near Crossview and Daffodil.

HOUSTON - No injuries were reported after a huge plume of black smoke filled the sky above a southwest Houston business on Tuesday morning.

Around 11:30 a.m., the Houston Fire Department responded to the fire located in the 3400 block of Fondren Road.

Tire shop fire contained in Houston after thick black smoke filled the sky above the business.

Fire officials said early reports indicted there may have been some welding taking place next to some stored tires.

Firefighters said initially eight people were inside the building at the time. However, everyone was able to get out safely on their own accord.

Surveillance video captured the moment a metal object flew directly across the street after a tire shop fire in Houston on Tuesday morning.

Between 5,000 to 6,000 square feet of water was used to extinguish the blaze, fire officials said.

Over 70 firefighters responded to the scene. 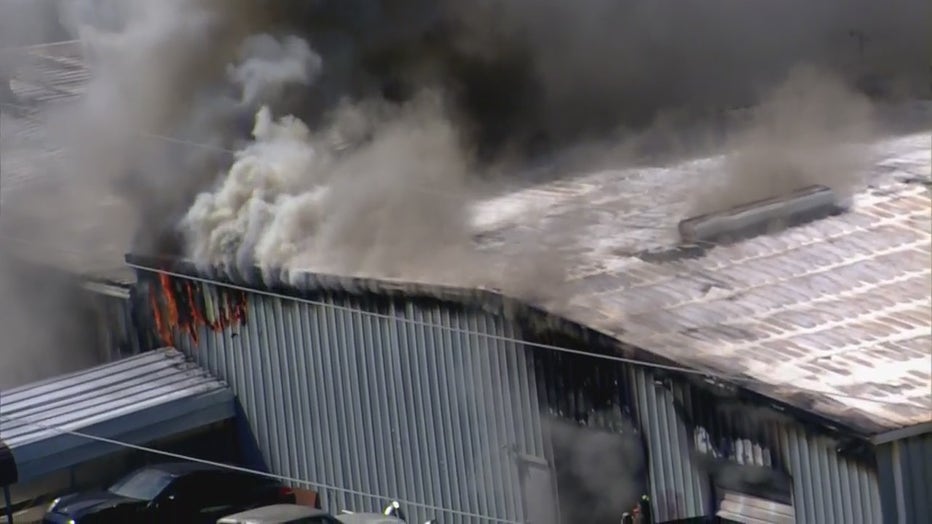 Fire officials said no injuries were reported. However, one firefighter had to be looked at possibly due to fatigue or heat related, but is said to be fine.