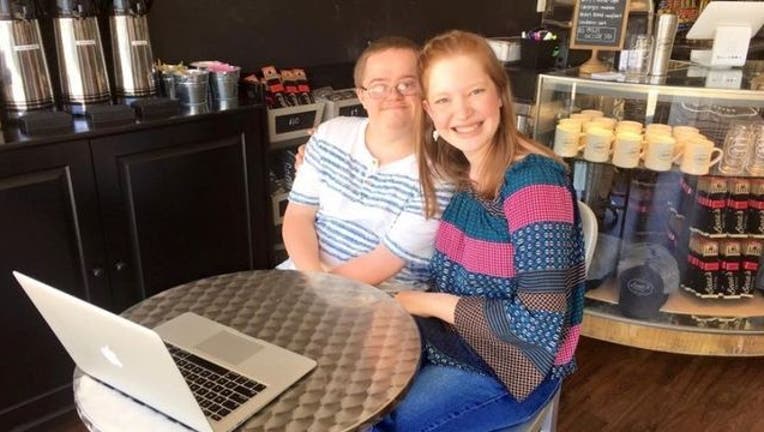 (FOX NEWS) - A ‘promposal,’ or a proposal to go to a prom, to a teenage boy with Down syndrome in a North Carolina coffee shop has gone viral, tugging at the heartstrings of people across the nation.

A video of teen Lillie Wright asking her friend, named only as Trevor, to the prom at Beau’s Coffee, in Wilmington, N.C., had amassed over 397,000 views on Facebook as of Thursday morning. Trevor works at Beau’s Coffee, which employees individuals with intellectual and developmental disabilities, and Lillie is the daughter of the coffee shop’s owner, Amy Wright, Fox 25 reported.

In the video, Lillie holds up a sign that reads: "I like coffee, I like tea. Would you go to prom with me?" Trevor accepted with an emphatic, “Yes!” and is shown flinging his arms around Lillie, who returns his embrace.

In a caption for the YouTube video, Amy wrote that Lillie "has always seen the value in every person — especially Trevor. She couldn't wait to ask him to prom.”