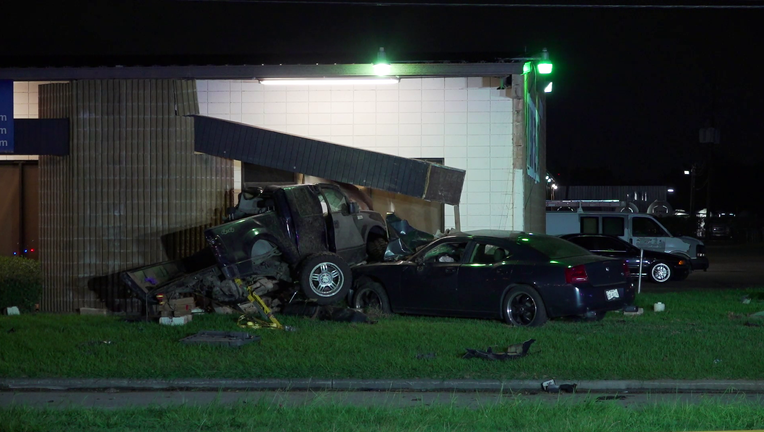 According to Captain Shannon with the Harris County Sheriff’s Office, the crash occurred at the intersection of Cutten Road and Belgold Drive around 6:45 p.m.

Authorities said a Blue Dodge Charger was racing another vehicle when it crashed into the rear of a pickup truck, causing the vehicles to drive into a building.

HCSO said the pillar of the building hit the driver’s side of the pickup truck killing a Hispanic man, who was the only person in the vehicle. 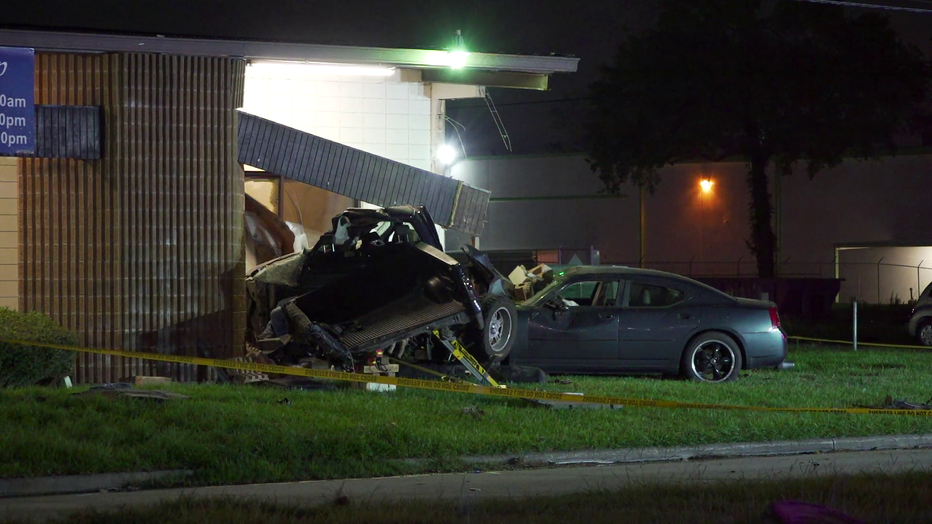 The driver and passenger of the Charger were taken to the hospital with minor injuries.

Speeds were believed to be around 100 miles per hour, authorities said.

Sean Teare with the Harris County District Attorney’s Office said the driver of the Dodge Charger is facing charges of racing resulting death, which is a second-degree felony. 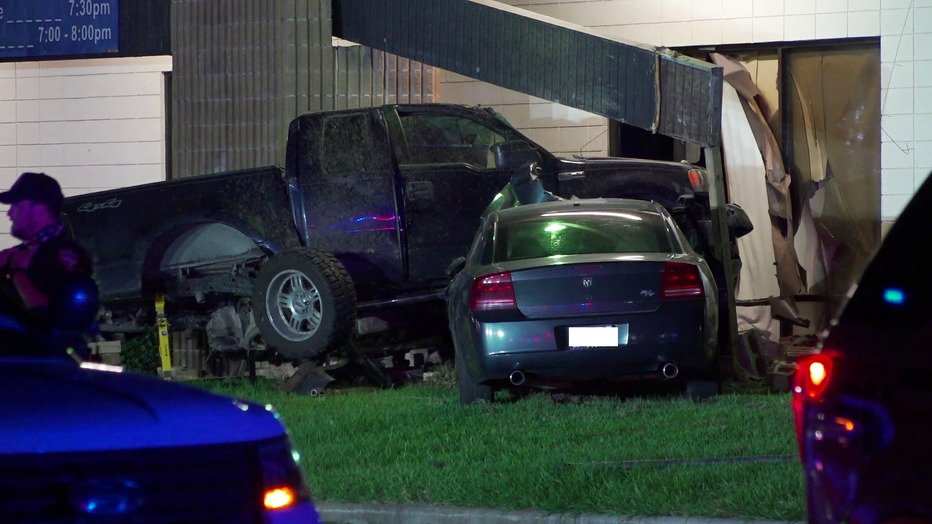 Teare added the other person that the Charger was racing is facing charges as well and he is asking for that person to turn themselves in.

Authorities said the other vehicle involved is believed to be a black 2016 Dodge Charger 392 with a placard of a bumblebee, driven by a Hispanic male.

If you have any information on this crash, you’re asked to contact authorities.