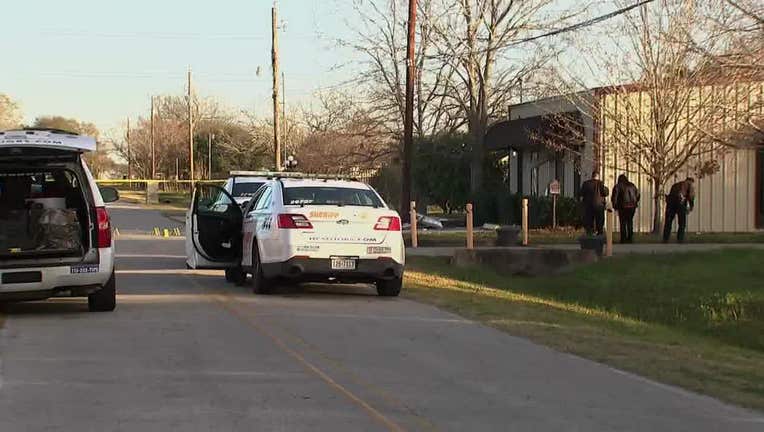 Harris County investigators say a gun shop owner shot a suspect during a burglary at his business in Crosby.

CROSBY, Texas - Harris County deputies say a gun shop owner shot a suspect during a burglary at his business in Crosby.

The 79-year-old military veteran owns a gun shop on Kennings Road. Around 4:30 a.m., he heard a commotion and went outside to see a male exiting the shop.

According to the sheriff’s office, the suspects had already taken some of the guns from the shop. One gun was found on the road and others were found by the building.

About 15 minutes later, at another location on Morelos Road, an adult male in his late teens or early 20s was found with a gunshot wound. He died at the scene. Sheriff Ed Gonzalez said there is a strong possibility this scene is related to the gun store burglary.

According to the sheriff, some pistols, believed to be taken during the burglary, were recovered near the man who had been shot. The sheriff says two males were detained at the second scene. He says the vehicle they were in appears to be one of the vehicles used in the burglary.

The case will be referred to a grand jury.