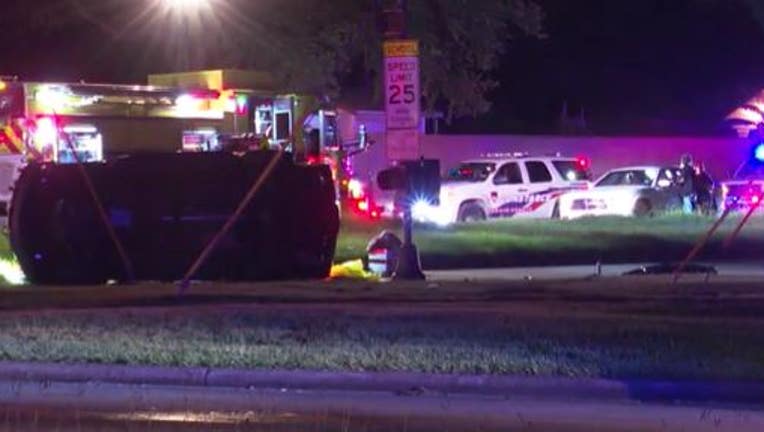 HOUSTON - Authorities are piecing together what led up to a fiery crash in northwest Houston after a constable deputy with Harris County Pct. 4 was hit by another car overnight Sunday.

Officials say the deputy collided with another vehicle at the intersection of Spears & Walters around 1 a.m. causing the officer's patrol car to catch fire. 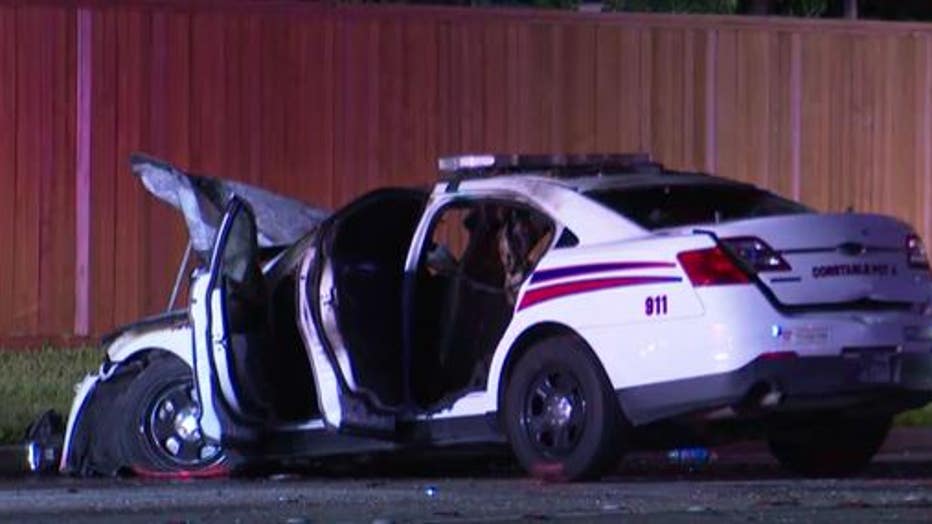 Meanwhile, investigators say the other car rolled over, with the driver having to be extricated from before they were flown to a hospital via LifeFlight. The officer's condition was not disclosed to FOX 26 Houston, as of this writing.

Currently, it's unclear what caused the crash but an investigation remains underway. 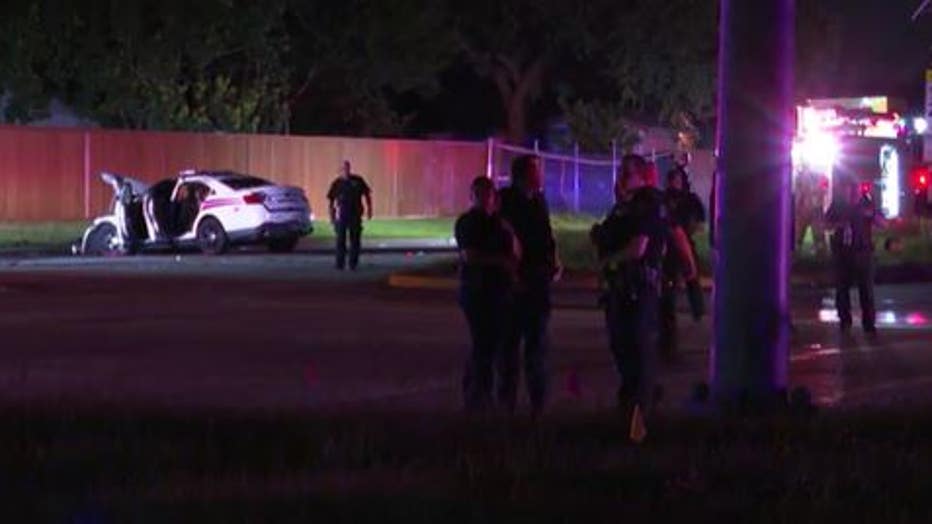