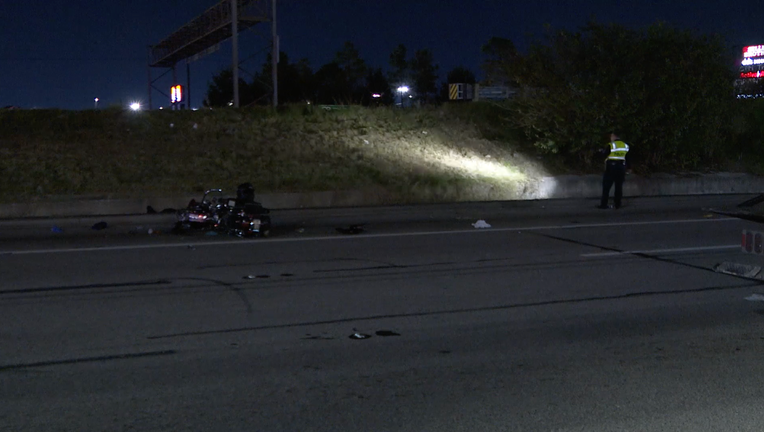 A motorcyclist is dead after his group of bikers was targeted in a drive-by shooting along the East Freeway.

HOUSTON - A man is dead after a gunman opened fire on a group of motorcyclists Tuesday night on Houston's eastside, and police are now searching for the suspects.

Police say they received a call around 9:30 p.m. about an incident on I-10 just west of Federal.

"We assumed it was a fatal accident," said HPD Lieutenant R. Willkens. "Ended up it's not."

Police found a motorcyclist who had crashed on the I-10 service road with a gunshot wound.

"That's what we believe he died from," Willkens said.

The 26-year-old victim was transported to an area hospital where he was pronounced dead.

Police say two other motorcycle riders with non-life threatening gunshot wounds were discovered off of Dell Dale Street, where they went to get help.

The victims, 27 and 30 years of age, were transported to an area hospital in stable condition.

Investigators determined the motorcyclists were part of a group that were hanging out at the Blue Bayou Cafe off the East Freeway.

Witnesses told police that when the group was leaving a black SUV drove by them and "sprayed them with bullets" hitting all three of the victims.

Investigators canvassed the area and are now talking to witnesses at the cafe and looking at all the cameras.

The suspects are described only as four Hispanic males in a black SUV.