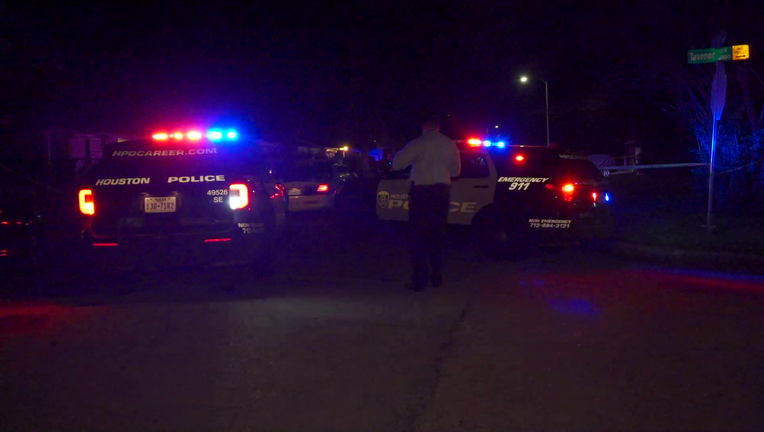 HOUSTON - A grandmother is dead, and a man is in the hospital after a shooting in southeast Houston.

Houston police said the shooting occurred in the 11700 block of Segrest Drive in South Acres, just before 7 p.m. Monday night.

Officers arrived on the scene and found an elderly female, identified as Maria Garrett, who had been shot.

The 69-year-old was pronounced dead at the scene.

Police also said a man identified as Mario Garret, believed to be the woman's son, was also shot multiple times.

The 34-year-old was taken to the hospital and is in critical condition.

Police added that there was also a 12-year-old inside the home at the time of the shooting.

The door of the home was unlocked when the suspect entered.

Police stated that Mario called another family member to say they were potentially being robbed, and that family member called police.

That’s when, police said, a Black male suspect entered the home and immediately began shooting at the elderly woman. The 12-year-old son came from the back of the house when he heard the gunshots.

The suspect is described as a Black male, about 6-foot-tall, with a medium build. He was wearing a red jacket, a dark blue gator style mask, black pants, black gloves, and black shoes.

Police said they believe the suspect fled the scene on foot.

Family members told police they believe the incident could have potentially been a home invasion. However, police said nothing inside the home was disturbed.