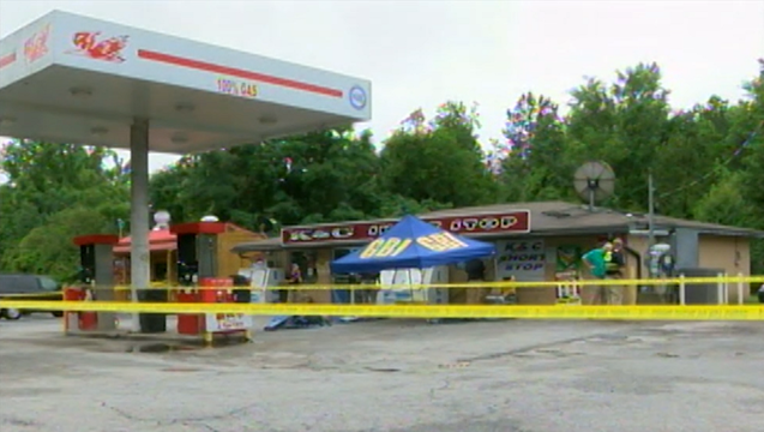 MILLEDGEVILLE, Ga. - Investigators said a Baldwin County grandmother was ambushed, shot, and killed as she walked out of a gas station store, all in front of her two grandchildren.

FOX 24 Macon reported Rita Henon, 49, was leaving the K&C Short Stop convenience store near Milledgeville, Georgia when investigators said she was shot in the head. The suspect took off running.

“I'm going to tell you, it's a strong way to put it but it's almost like an assassination. She walks out of the story with her two grandchildren,” said Sheriff Massee. “Mr. Renfro is hiding behind an ice container when she walks by he steps out and shoots her behind the head. It's uh an unbelievable graphic video.”

Renfro was arrested on murder charges. Investigators are still trying to find a motive in the shooting, but said a connection between Renfro and the victim was not immediately apparent.

Henon’s grandchildren are safe with family members. The sheriffs said they are helping the family any way they can.

The Georgia Bureau of Investigation was asked to help with processing the crime scene and furthering the investigation.