There are some new developments in the Harding Street Raid last January, which left two people dead and an HPD officer charged with their murder. A grand jury visited the murder scene on Wednesday morning.

HOUSTON - Nearly a year after the deadly Harding Street raid last January, a grand jury was seen visiting the crime scene Wednesday morning. The no-knock drug raid on Jan. 28, 2019 left two people dead and four Houston Police officers injured and led to the arrest of two officers and one resident of Harding Street.

Neighbors left their homes Wednesday morning to find crime scene tape across the road and a large tent in the yard of the home where Dennis Tuttle and Rhogena Nicholas lived before they were murdered in the police raid.

“I was like, what’s going on?” said Janie Aviles who lives next door to the crime scene.

Neighbors watched as a black bus full of grand jurors rolled up to the house just after 10 a.m., and jurors filed out into the tent.

“There are two dead people along with their dog in their own home, and the government was responsible for that, and it’s up to us to get to the bottom of it,” Harris County District Attorney Kim Ogg told FOX 26 Wednesday afternoon.

In November an FBI investigation brought more charges against those officers and led to the arrest of a neighbor on Harding Street—Patricia Garcia, accused of making several 911 calls that included phony allegations of drugs and machine guns at the Tuttles’ home.

Fast forward to January 2020, and District Attorney Kim Ogg tells FOX 26 a grand jury has spent the past few weeks reviewing evidence in the case.

Will more charges be filed?

“Obviously that is going to be up to the grand jury, and whether any other individuals will be charged depends on the evidence,” said Ogg. “We’ll follow the evidence wherever it takes us.”

The grand jurors only spent about 20 minutes at the Tuttles’ home before boarding their bus and departing.

“When a grand jury wants to see a piece of evidence or a sight or they ask for a particular witness, our prosecutors accommodate,” said Ogg. “We work at the pleasure of the grand jury.”

In a complex case with several phases of investigation, including the six people who were shot, the officers who were charged, the subsequent review of thousands of prior cases handled by those officers, Ogg declined to reveal which phase of investigation these jurors are looking at.

“There may be multiple grand juries to hear about the different phases of this case,” said Ogg.

The Tuttles’ next-door neighbor is looking forward to more answers in the investigation.

“Whenever I came over, they would always be nice to my kids so I have nothing bad to say about them,” said Aviles. “I just hope that they make justice cause it wasn’t fair.”

Goines, Bryant and Garcia are currently out on bond awaiting their next court appearances.

Ogg did not go into detail when asked about Garcia’s possible relationship with the two officers who were charged. She also declined to answer questions on possible motives for the crimes. 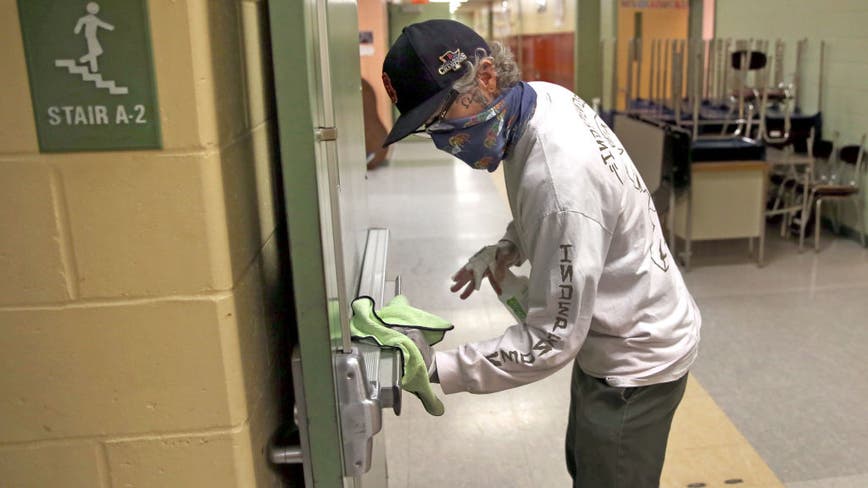