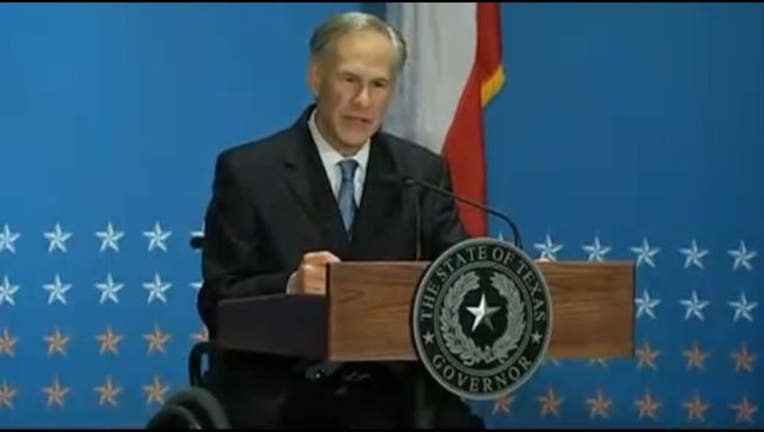 AUSTIN, Texas (AP) - The state of Texas is suing the Obama administration over its directive to U.S. public schools to let transgender students use the bathrooms and locker rooms that match their gender identity, Gov. Greg Abbott said Wednesday.

The lawsuit appears to make Texas the first state to take the federal government to court over the directive handed down to schools earlier this month.

Texas and other conservative states have vowed defiance, calling the guidance a threat to safety while being accused of discrimination by supporters of transgender rights. Texas' lieutenant governor has previously said the state is willing to forfeit $10 billion in federal education dollars rather than comply.

Abbott confirmed the lawsuit at a book signing hours before the state's Republican attorney general was scheduled to formally announce the challenge at a Wednesday news conference.

"His lawsuit is challenging the way that the Obama administration is trampling the United States Constitution," Abbott told reporters.

The directive from the U.S. Justice and Education Departments represents an escalation in the fast-moving dispute over what is becoming the civil rights issue of the day. The guidance was issued after the Justice Department and North Carolina sued each other overs a state law that requires transgender people to use the public bathroom that corresponds to the sex on their birth certificate. The law applies to schools and many other places.

Supporters say such measures are needed to protect women and children from sexual predators, while the Justice Department and others argue the threat is practically nonexistent and the law discriminatory

Texas was a likely candidate to rush to the courthouse first. Abbott sued the Obama administration more than two dozen times when he was attorney general, a pace that his successor, Republican Ken Paxton, has kept up since taking office last year.