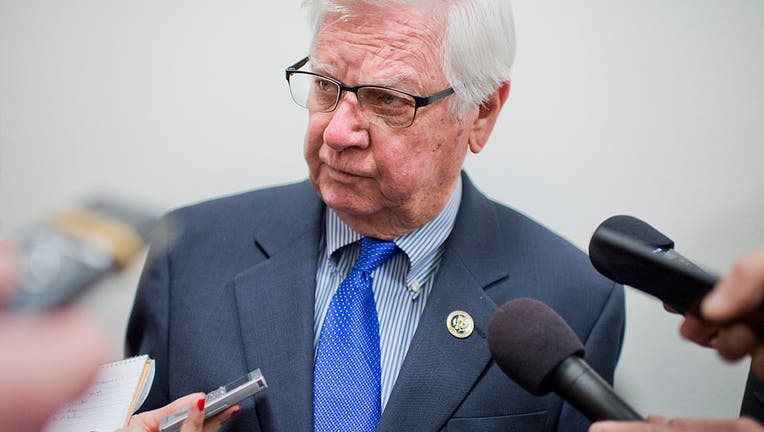 UNITED STATES - FEBRUARY 25: Rep. Hal Rogers, R-Ky., talks with the media after a meeting of the House Republican Conference in the Capitol, February 25, 2015. (Photo By Tom Williams/CQ Roll Call)

WASHINGTON - A senior Republican lawmaker apologized late Tuesday for using an expletive when Democratic Rep. Joyce Beatty asked him to put his mask on while in the Capitol.

The confrontation was just the latest dust-up in the House over mask-wearing, which many Republicans have refused to do.

Earlier Tuesday, Beatty, D-Ohio, ran into Rep. Hal Rogers, R-Ky., outside her congressional office. Rogers, who has served in Congress since 1981, was maskless when they entered an elevator.

Beatty asked him to put on his mask and Rogers begrudgingly agreed, she said in an interview with The Associated Press shortly after it happened. 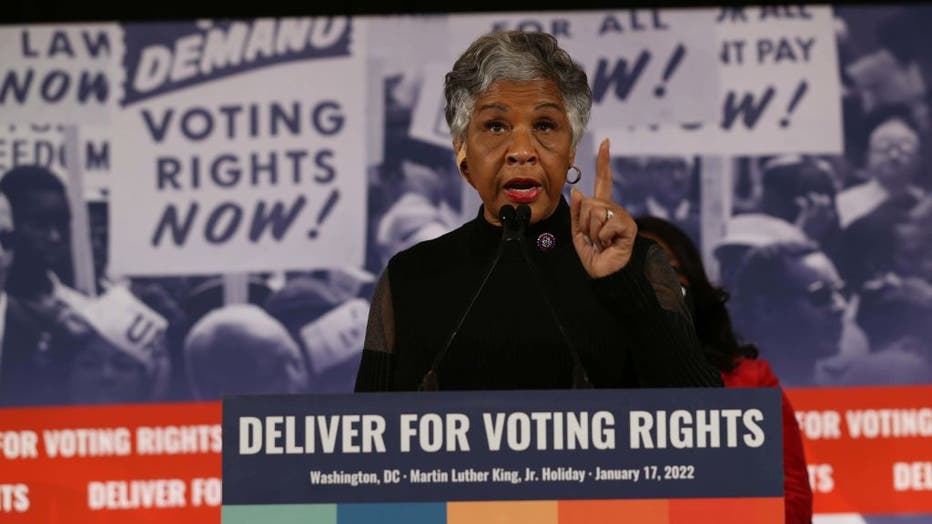 Rogers proceeded to take his mask off when they got off the elevator and the two crossed paths again upon entering a train in the Capitol complex. That is when the interaction became hostile.

Beatty once again asked Rogers to put his mask back on.

According to Beatty, Rogers replied, "Kiss my a—."

In a video obtained by The AP, Beatty can be heard asking Rogers for an apology on the train.

"I hate to think if it had been reversed and a man of color ... they would have ushered him off the floor," Beatty said.

The shattered father of a UCLA graduate student stabbed to death last week in a random daylight attack in Los Angeles blamed politicians for letting criminals run rampant. "Crime is truly spiking, and we have a lot of criminals on the streets that shouldn’t be out," grieving father Todd Kupfer, 60, told Fox News. His 24-year-old daughter, Brianna Kupfer, was murdered Thursday by a person who walked into Croft House, an upscale furniture store where she worked, and plunged a knife in her. Subscribe to LiveNOW from FOX! https://www.youtube.com/newsnow?sub_confir

Beatty is Black and Rogers is white.

In a statement shortly after the incident, Rogers said he met with Beatty and apologized.

"My words were not acceptable and I expressed my regret to her, first and foremost," the congressman said.

The apology came less than two hours after all 56 members of the Congressional Black Caucus, which Beatty chairs, stood on the steps of the House and demanded Rogers’ apology.

"For a member of the U.S. House of Representatives tells another member to kiss his a—, I’m telling you today that is not the America that we will accept," Rep. Val Demings, D-Fla., told reporters on the steps.

Beatty said she alerted House Majority Leader Steny Hoyer, D-Md., about the incident and will file a complaint with House Committee on Ethics.

Several Republican lawmakers have racked up thousands of dollars in fines for going maskless on the House floor.