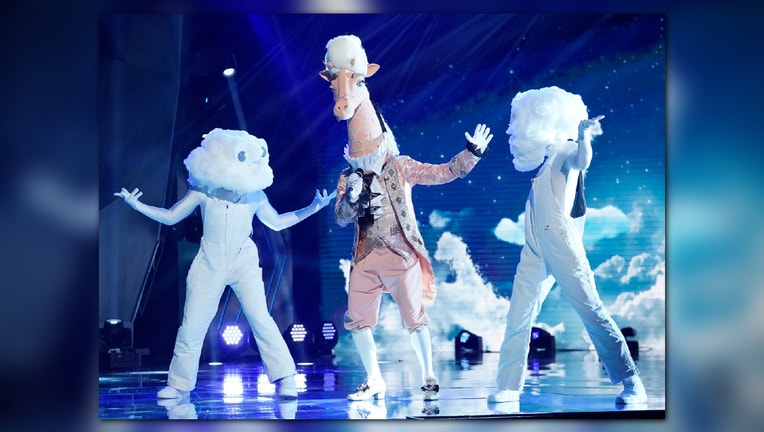 Giraffe in the The Group A Play Offs - Famous Masked Words episode of THE MASKED SINGER airing Wednesday, Oct. 7 (8 - 9 p.m. ET/PT) on FOX. (Photo by FOX via Getty Images)

LOS ANGELES - Robin Thicke buried his face in his palms and paced about the stage once the Giraffe unmasked himself on Wednesday night’s episode of “The Masked Singer.”

Not only was Brian Austin Green his best friend as a teenager, but the two are also actually neighbors.

Even so, all of their history didn’t make guessing Giraffe’s identity any easier for Thicke, and neither did the literal robin on Giraffe’s shoulder.

The rest of the panel didn’t fare any better.

“You guys were all so close, but so far,” Green told the panel.

Green starred as David Silver in the 1990s TV series “Beverly Hills, 90210.” Thicke said he fondly remembers going to set with him when they were younger.

Before being eliminated, Giraffe took the stage performing “Get Down On It,” by Kool & The Gang. When it was all over, Thicke joined his longtime friend on stage for an encore performance of the 1981 hit.

“The Masked Singer” airs every Wednesday at 8 p.m. ET on FOX. Check your local listings.