BEIJING - Chinese officials said they no longer consider giant pandas in the country to be an endangered species thanks to conservation efforts.

Cui Shuhong, the head of the Ministry of Ecology and Environment's Department of Nature and Ecology Conservation, said last week during a press conference that the species has been updated to "vulnerable," according to China's state-run news agency Xinhua.

The ministry said in its own statement that the removal of the giant panda from the list of endangered animals "indicates that nature reserves are performing their duties in preserving the nation's biodiversity."

In the 1980s, there were as few as 1,114 pandas in China. Today, there are about 1,800 giant pandas living in the wild, Shuhong said during the July 7 press conference. 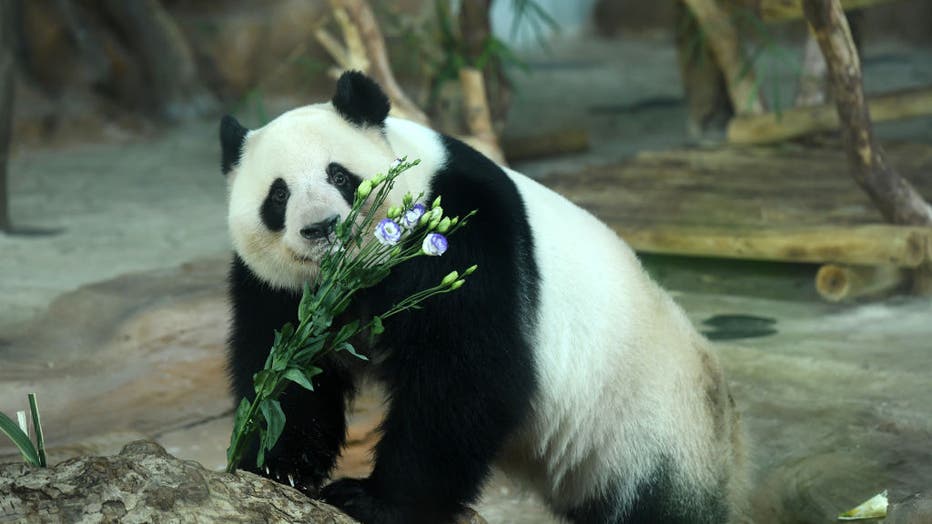 Officials credited China’s commitment to setting up panda reserves, training local people to be rangers, breeding pandas in captivity and other conservation initiatives in recent years for the panda’s rise. Shuhong also noted that other endangered species populations in the country have increased, such as Siberian tigers, Asian elephants and crested ibis, Xinhua reported.

Internationally, the giant panda’s status was changed from "endangered" to "vulnerable" in 2016 by the International Union for Conservation of Nature (IUCN). But China’s government didn’t agree with the decision at the time, saying it did not view the status of the country’s beloved symbol as any less serious.

"If we downgrade their conservation status, or neglect or relax our conservation work, the populations and habitats of giant pandas could still suffer irreversible loss and our achievements would be quickly lost," China’s State Forestry Administration told the Associated Press in 2016. "Therefore, we’re not being alarmist by continuing to emphasize the panda species’ endangered status."

This panda has some serious, and adorable, attachment issues

It’s not every day that you receive bear hugs while at work, unless it’s your job to take care of pandas.

Giant pandas live mainly in temperate forests high in the mountains of southwest China, according to the World Wildlife Fund, which has used the panda as its logo since its founding in 1961. The animals eat almost nothing but bamboo and play a crucial role in the forests where they roam by spreading seeds and facilitating the growth of vegetation, the organization says.

They’re also considered an "umbrella species," in which experts say that by protecting pandas, many other animals that live around them are ultimately protected as well.

The same IUCN report warned that although better forest protection had helped increase panda numbers, climate change is predicted to eliminate more than 35% of its natural bamboo habitat in the next 80 years — potentially leading to another decline.