Authorities have released a sketch of one suspect who police said attacked and robbed a grandmother in Galveston. FOX 26 Reporter Damali Keith has the latest.

GALVESTON, Texas - Galveston PD needs your help finding a man, who pistol-whipped and robbed a 72-year-old grandmother along with her grandson at a Kroger's while they were loading groceries.

A sketch has now been released of one of the men who police say attacked and robbed a grandmother on Seawall Boulevard in Galveston on June 7. 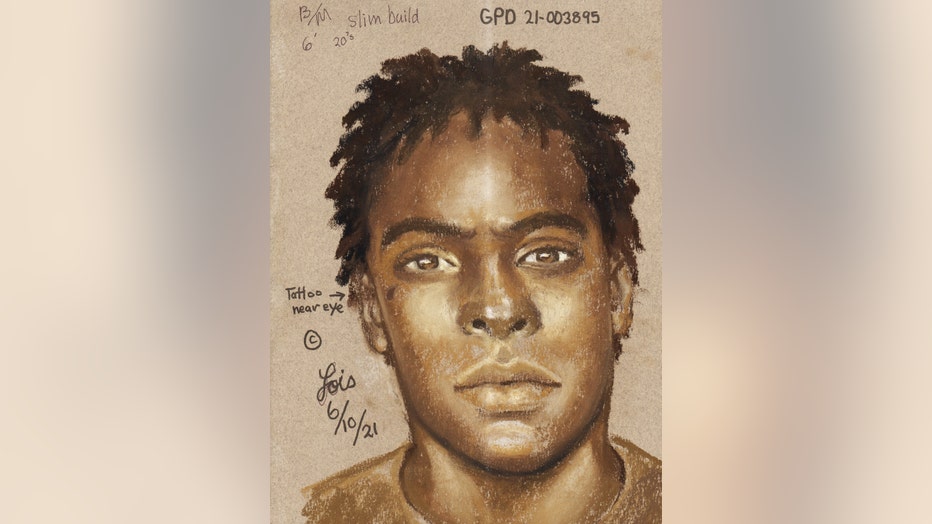 "Your face is out there now. We know who you are. It’s just a matter of time before we put a name to this face," says Galveston Police Department Detective Michelle Sullenberger.

The woman’s 21-year-old grandson who was loading groceries into the trunk was also pistol-whipped by a second gunman as their simple grocery run turned into a violent robbery, with the thieves getting away with a thick gold chain and an expensive watch.

Investigators have poured through hours of surveillance video, with no luck.

"That particular part of the parking lot where this occurred is just out of camera range," Sullenberger explained.

So, the woman worked with a sketch artist to come up with the rendering.

Authorities added a teenage girl, the woman's granddaughter was also in the car witnessing the horrific ordeal of her grandmother being viciously attacked. Fortunately, she was not injured; in fact, officials believe the robbers may not have even noticed she was in the car.

"She’s very shaken as are her grandchildren. She’s medically ok. She’s going to be ok.  She’s recovering but it’s going to be a slow process," says Sullenberger.

Out of respect for the family's wishes, detectives are not identifying the victims, however, the woman is said to be a Houston-area resident, who was visiting Galveston. She is currently recovering from her injuries but has some severe damage to her jaw and a scar on her face.

Officials say there were at least two suspects at the scene but one attacked and robbed the family while the other kept a lookout.

The composite sketch of the unidentified man shows a unique tattoo design near his eye that investigators say is hard to make out. Aside from that, police say they have vague information on the suspect's description.

Still, officials say they are working with Kroger's and nearby businesses are offering an $8,250 reward. That’s in addition to the Crime Stoppers reward.

"People are just sick and tired of criminals getting away with stuff and trying to make our communities safer by getting these bad guys off the street," the detective concluded.