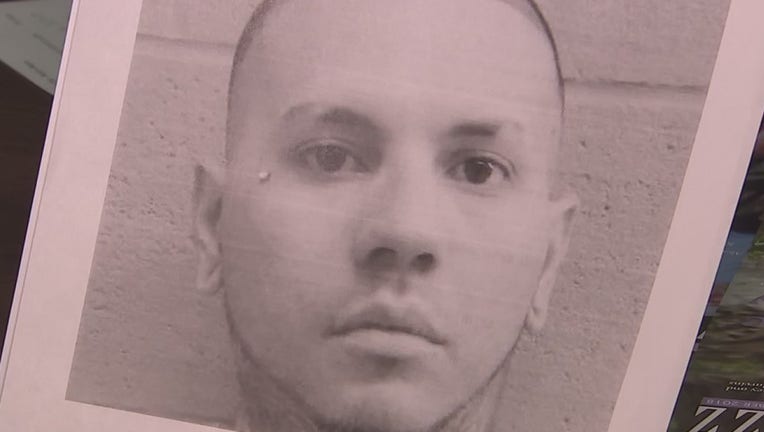 HOUSTON - "He was a ticking time bomb and now someone has Piaf the price for it," said Andy Kahan with Crime Stoppers.

Geovany Canizalez, 30, a documented gang member, was granted parole in December of 2028.

Documents indicate he repeatedly violated his parole and on three occasions issued warrants for his arrest only to turn around and withdraw them.

Arrest of two ex-cons who violated parole ends in tragedy

For the second time in under three weeks, the arrest of an ex-con on the run for violating parole ends tragically. In both cases, the state's parole board put giving the ex-cons a break before public safety.

"He had not one, not two, not three, this is his fourth parole warrant is less than a year," Kahan said.

This past Saturday, he led Precinct 4 deputies on a high-speed chase.

"We try to pull him over for a traffic violation. The guy immediately starts running," said Precinct 4 Constable Mark Herman. "There is a pursuit speeds get pretty high to the point where a supervisor terminated the pursuit."

"He knew that the probability of him going to the penitentiary was pretty high," said Herman.

"We just saw this less than a month ago with offender Robert Solis, who was also a fugitive from justice," Kahan said.

Robert Solis had also repeatedly violated his parole, but board members took no action until he was believed to be an absconder then a blue warrant was issued.

"We cannot let offenders who violate their parole repeatedly to be allowed to remain in the community to wreak havoc and in some cases cause death and serious bodily injury," Kahan said. "It's happening way to often and shame on us if we don't do something about it."