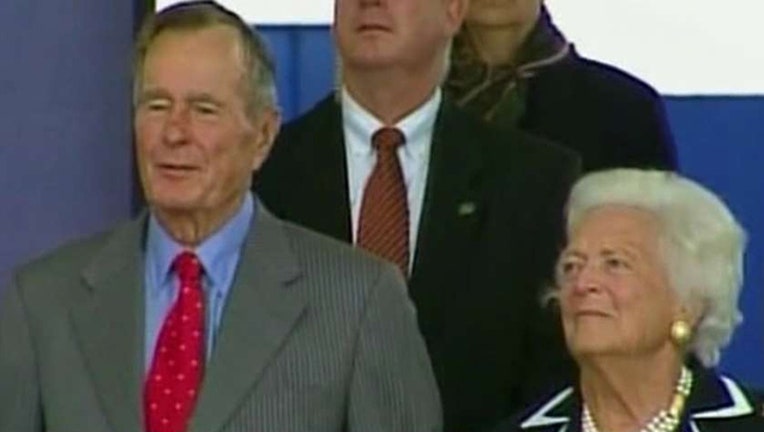 The ceremony will take place at 11:30 am, on Wednesday, March 8, with a limited, invitation-only guest list, and will be open to the media.

The Mensch Awards are being given because President and Mrs. Bush embody the definition of a "Mensch," which describes a person who would give you the shirt off his back if you are cold and hold a cup of water to your lips if you are parched.

President Bush has been particularly supportive of world Jewry, such as when he played a pivotal role in the evacuation of some 14,000 Jews from Ethiopia during that country's civil war in the late 1980s.

He was also a leader in providing support to newly independent Poland and Hungary after the fall of the Iron Curtain in 1989.

Both President and Mrs. Bush have also spoken out forcefully and frequently in support of openness, tolerance, and acceptance of diverse cultures, religions and races.

Barbara Bush has always been the anchor to her husband and therefore is equally deserving of recognition. In the words of the founder and director of the Mensch International Foundation, Steven Geiger, "the word Mensch was tailored for them and we hope that they shall wear it in good health for many more years to come."

For more information about the Mensch International Foundation, please go to: menschfoundation.org.