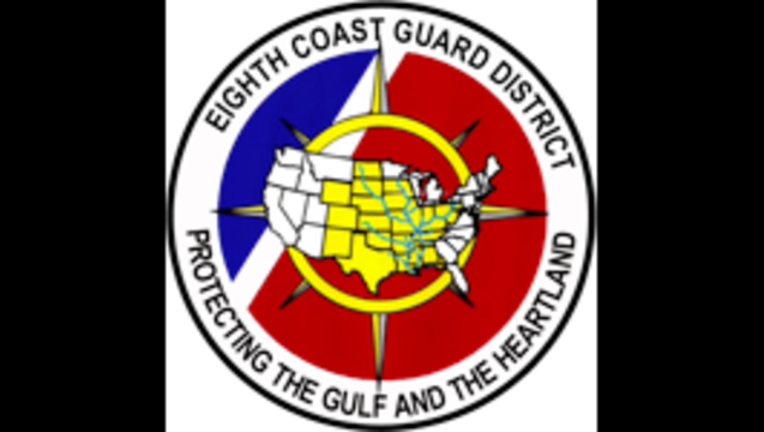 COLUMBUS, Ky. (AP) - The U.S. Coast Guard used aerial observations of the Mississippi River on Friday to try to determine the location of more than 120,000 gallons of oil that spilled after two tow boats collided, prompting the closure of that part of the river.

More than 30 vessels were backed up along the busy waterway by midday Friday as cleanup crews tried to locate the clarified slurry oil that leaked into the river. A flyover of the area was meant to help determine the extent of the cleanup.

"We're doing the overflights to get a better idea of where most of that oil is to see what we can recover, if anything," said Coast Guard Chief Petty Officer Bobby Nash.

The collision Wednesday evening near Columbus, Kentucky, damaged at least one barge carrying the slurry oil. The cargo tank ruptured, causing tens of thousands of gallons of oil to spill into the river, the Coast Guard said.

The river was closed from mile markers 939 to 922, Petty Officer Lora Ratliff said.

The barge was carrying approximately 1 million gallons, but the breach was only in one area, affecting just one of its six tanks, Ratliff said. That tank holds 250,000 gallons, and Coast Guard Lt. Takila Powell said a little more than 120,000 gallons spilled into the river.

Slurry oil is heavier than water, so it sinks below the surface, Nash said. Oil has not been seen on the shorelines, he said.

"It goes below the surface and then it tends to collect in columns just below the surface, which has made cleanup efforts difficult," he said Friday. "The overflight was to determine what pockets are recoverable, if any."

Nash said there were no reports of fish kills.

Both tow boat operators had been interviewed by Coast Guard investigators and underwent drug and alcohol testing, but results weren't back yet, Powell said.

The Coast Guard determined five barges were damaged in the collision, but nothing other than the oil leaked into the river, Powell said.

The tow boats were moored on opposite sides of the river, and a long gash was apparent in the smaller vessel.

Powell said cleanup efforts had started with the barge and that crews put a boom around the ruptured cargo tank to prevent any residual oil from leaking into the river.

The collision happened in the middle of the river channel near Columbus, Kentucky, the Coast Guard said. The cause was under investigation. The closure stretched 17 miles south to the city of Hickman.

A July 2008 spill caused by a collision between a tugboat and a barge carrying oil on the Mississippi River in New Orleans sent 282,000 gallons into the water and caused the closure of the river.