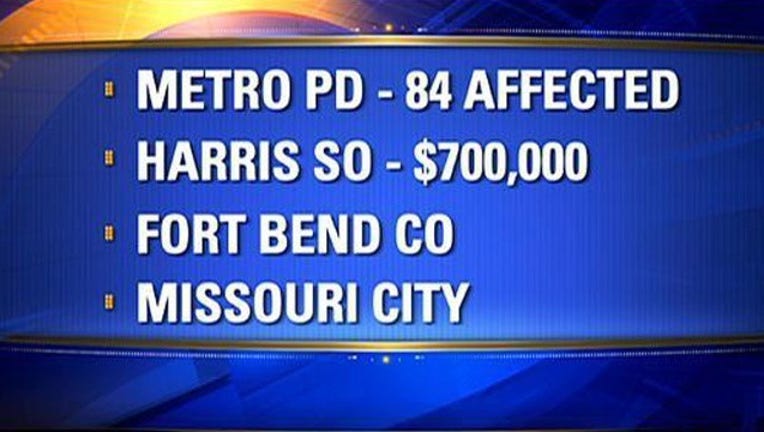 A state investigation into a Houston psychologist could cost hundreds of thousands of dollars for Houston-area law enforcement agencies.

Dr. Carole Busick is being investigated for the psychological examinations she administered to hundreds, possibly thousands, of law enforcement officers in the Houston area.

The Texas Commission on Law Enforcement tells FOX 26 News that the organization has informed all affected agencies to retest officers who may have undergone an exam from Dr. Busick.

METRO Police Department confirms it is retesting 84 officers and dispatchers at a cost of $16,000. The Harris County Sheriff's Office is also affected and has spent hundreds of thousands of dollars on Busick's services.

The Houston Police Department is not affected but the agency's union says this is a big deal and a huge inconvenience to officers.

Busick has not responded to any calls from FOX 26. Her office in the Montrose District was raided in May by TCOLE investigators. The agency is no longer accepting her evaluations for law enforcement officers in the state.