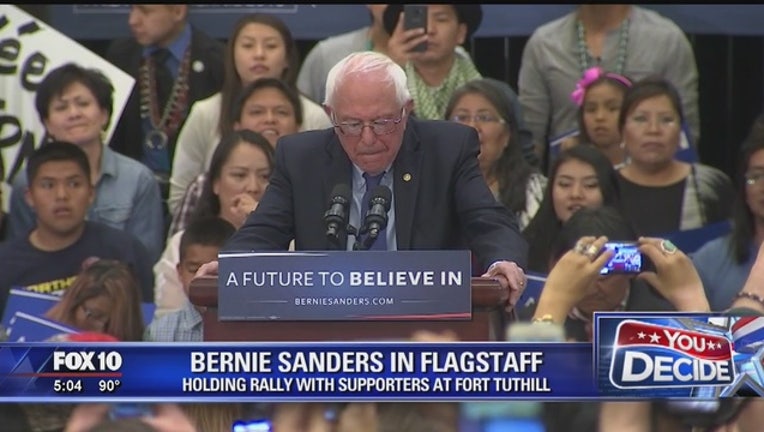 The Vermont senator stood side-by-side with Clinton in Portsmouth, N.H., Tuesday. He pledged that his "political revolution" would continue. But he acknowledged that she, and not he, had won the delegates to snag the nomination. That has been true for weeks, and Democrats have not-so-quietly been angling for him to drop out and endorse the former secretary of state.

Sanders promised to work to help Clinton win in November, calling her "far and away the best candidate" to confront challenges facing the country.

Republican Donald Trump has been trying to draw Sanders supporters to his campaign.