Ever since Russia invaded Ukraine, gas prices have skyrocketed across the country, topping more than $4 a gallon in the Bay Area. Experts predict prices will continue to rise, but how high can we expect them to go? Not much higher according to Gas Buddy.

Many electric cars owners have been reveling in their purchases as gasoline prices reach record highs.

The national average for a gallon of gas hit $4.25 on Wednesday, up from $4.17 the day before, and it is expected to rise as the fallout of economic sanctions levied on Russia in response to its invasion of Ukraine continues to trickle through the petroleum industry.

U.S. electricity prices, which are heavily regulated in most states, have remained stable, however, and the cost to charge an electric car is still much lower than filling up one with an internal combustion engine, but only if you have a place to plug it in at home or a lot of time on your hands.

RELATED: Florida motorists can get gas tax break -- in October

According to the EPA, the national average for a kilowatt-hour of electricity is 13 cents, including at homes where most electric car owners charge their vehicles with 240-volt Level 2 chargers that typically take eight hours or more to fill them up. Many of these are also available in public settings like office and shopping center parking lots, where they are known as destination chargers. 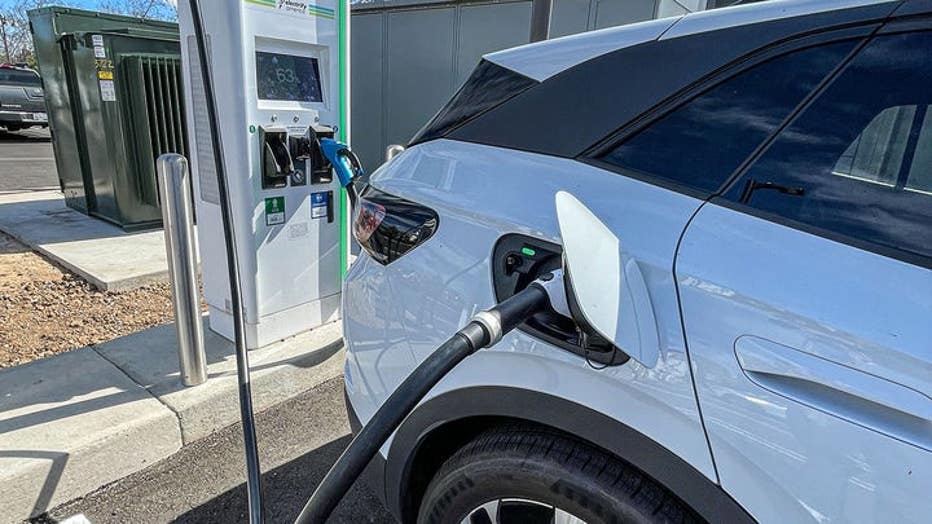 Things are much different at the Level 3 public DC fast-charging stations that allow some electric vehicles to recharge to 80% as quickly as 18 to 40 minutes, depending on the model and station speed, and are seen by some as the silver bullet that will make owning an electric car as convenient as a gas-powered one. Much of Tesla's success is attributed to its decision to roll out its proprietary network of Supercharger fast charging stations to support its owners.

On the Electrify America network that's compatible with all electric vehicles, fast-charge rates are as high as 43 cents per kilowatt-hour in some states, including California, New York, Florida and Washington. The price can be reduced to 31 cents by enrolling in a membership with a monthly fee.

RELATED: Pain at the pump: Gas prices rising to levels not seen for over a decade 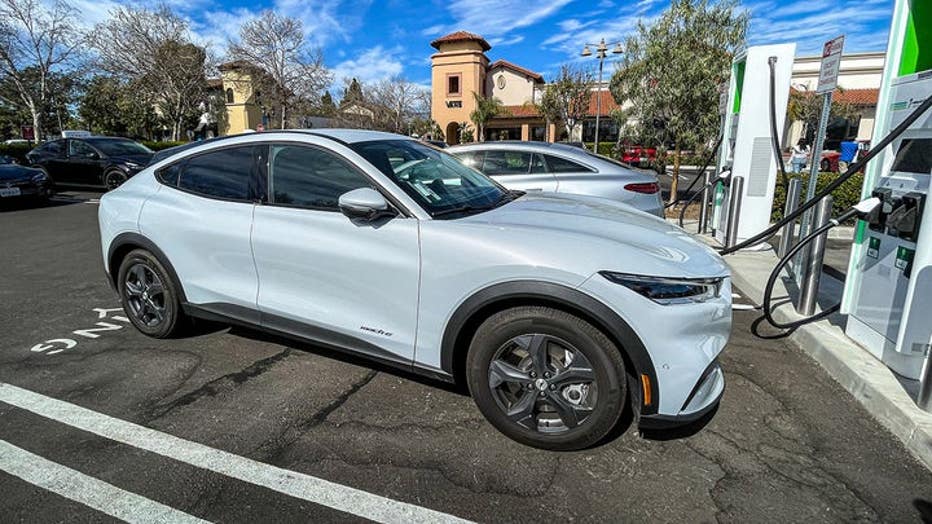 The entry-level version of the Ford Mustang Mach-E starts at $37,495 after deducting an available $7,500 federal tax credit for EV purchases. (George Rose/Getty Images)

Not everyone buys an electric car with the expectation of saving money, but it's important for anyone looking to cut costs to do the math on their particular situation before they write a check. As they say, your mileage -- and local energy prices -- will vary.